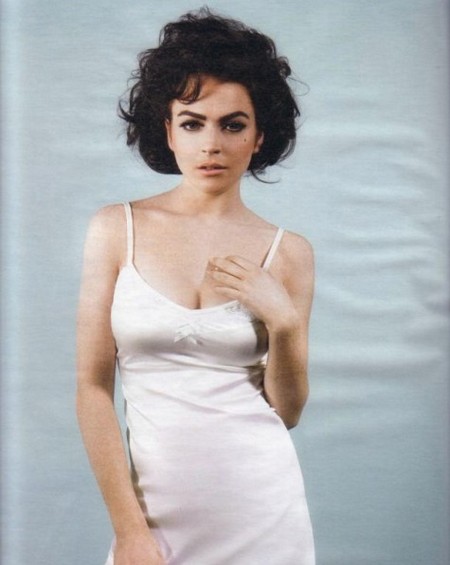 Talk Show Host and Actress Rosie O’Donnell made a comment towards Actress Lindsay Lohan recently, regarding her role portraying Liz Taylor in the new Lifetime movie.  Rosie was quoted on the Today Show saying “ she is not in any position to assume or undertake a role like that right now”.  She later defended her comment appearing on the Today’s Show again saying “I recall her as a  “beautiful, talented little kid,” when she was doing Parent Trap. And then, “We’ve all seen what’s happened in the last decade and it’s tragic.”

She continues saying “Listen, I’m 50 years old, and watching Whitney Houston’s funeral I remember thinking why didn’t more people say what they knew. We all knew. When she would not show up to do this show, not show up to my show. We watched Being Bobby Brown. It was like watching Sid and Nancy. They were people in the throes of addiction. But all we cared about was the ratings, not that this talented individual, this human being, this mother, this daughter, was worth saving and pulling out of the money market industry and I know only someone can be in control of their own sobriety, but to look at Lindsay Lohan you cannot help but feel for her. I do not think she’s untalented. I think she’s quite talented.“

Those comments struck the nerve of her father, Michael Lohan, who quickly jumped to defend his daughter; countering her comments with his own.

“I don’t think anyone who has been down a troubled road in their own life and hasn’t fully arrived at a  place of triumph has the right to judge anybody especially when that person is 50 years old judging a 25 year old.  Remember, Lindsay isn’t the first person that Rosie has judged or spoken out against and more often than not, has been wrong.  With a failed marriage, numerous failed comebacks, and other issues I truly believe that Rosie should concentrate on her own life and not Lindsay or anyone else for that matter. I pray that she sees the nature of her wrongs and can look in the mirror and look within herself instead of my daughter.  I think Rosie owes Lindsay an apology. “ says Lohan

Lindsay told Access Hollywood “It’s funny that someone you don’t know at all can say something so intrusive and so knowing,” I know that I’m great… I know Liz Taylor really well and we shared some makeup artists… same hairstylist, we’ve worked with a lot of the same people. She sent me a ring at one point in my life, from her House of Taylor Costume Collection,” Lindsay continued. “I’m really lucky to be able to do this role and I just want to honor her the way that she should be honored, because she’s helped a lot of people in her life.”

She promises to be the best she can be to portray this Hollywood legend and Icon, someone who she personally admires.