Royal & Real: How Kate Middleton and Prince William Are Getting It Right! 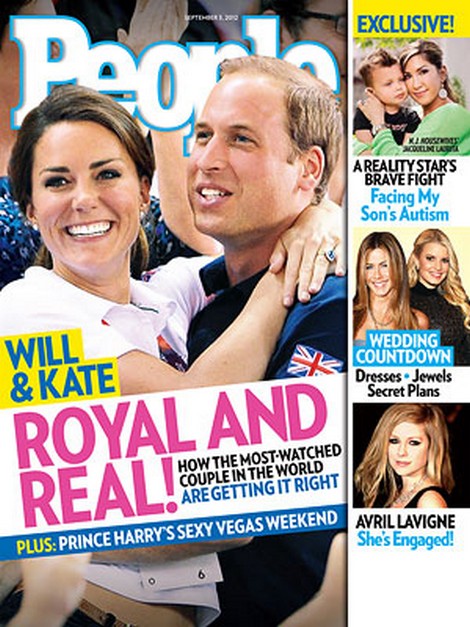 The current issue of People Magazine features the cover story “Will and Kate – Royal and Real!”  Kate Middleton may have married into the royal family, but when it comes to her own home she prefers to keep life with William very ordinary.  The duo lives on there own in a cozy farmhouse rather than a palatial palace.

It’s at that home in Anglesey, Wales, where William is stationed as a search and rescue pilot with the Royal Air Force, that  Kate enjoys simply being an officer’s wife.  The new issue of People Magazine is taking an up close look at the private life led by Prince Willam and his Duchess wife.

Kate refuses to employ a housekeeper or chef and insists on taking care of her home and man on her own. The domestic Kate – who also styles her own hair, makeup and clothes – whips up “recipes learned from her mother,” royals author Katie Nicholl tells the magazine in this week’s cover story. “She brings a sense of ordinariness that William has always craved.”

These two have definitely put their own spin on what it means to be a young royal couple.  They have obviously let a lot of the old rules slide and what the public sees is an appropriate yet affectionate couple. They allow just enough public interaction for the royal watchers’ to know that their marriage is the real deal and not one of convenience.

What do you think of Kate and William’s relationship as a whole?  Tell us your thoughts in the comments below and don’t forget to pick up the new issue of People to get more of the inside scoop!