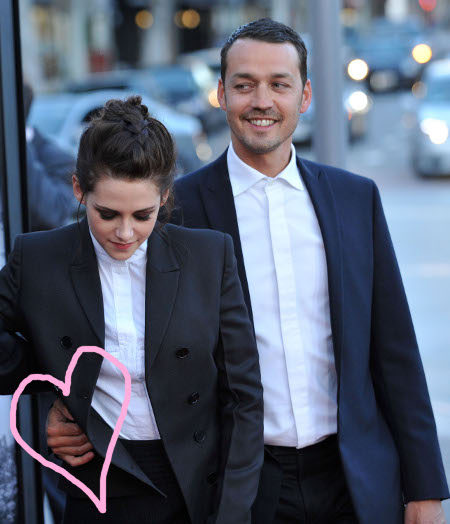 Rupert Sanders and Kristen Stewart‘s hook-up was definitely more than just a fling. It’s quite simple, really: They’re in love. In a new development, Randy Bauer, owner of a top paparazzi agency here in the states, says that the paparazzo who snapped the photos of Kristen and Rupert getting all close and comfortable was actually on an assignment for US Weekly. And this means, no matter where the tip originated, that editors at the magazine smelled something fishy in regards to Kristen’s romantic situation. In other words, they suspected that she might be cheating on longtime boyfriend Robert Pattinson.

“From what I heard, it was an assignment, the magazine was actually working the story,” says Bauer in an interview with Fox News. “(The story) didn’t come from the photographers, it was the other way around: it went editorial to photo, as opposed to photo to editorial.”

Reportedly, Fame/Flynet, one of the industry’s top celebrity media/photo sources, was assigned to the task of trailing Kristen. Owner of the picture company said that a lone photographer who’d been trailing her caught wind of Kristen and noticed her smooching a scruffy man he didn’t recognize . . . he simply knew for certain that it wasn’t her boyfriend Robert Pattinson.

“From what I understand, Us Weekly had been on the story for a while,” another source told Fox. “They had a tip that Kristen was cheating on Rob with her director, so not only did they have photogs on Kristen, they had photogs on Rupert as well.”

It sounds like this story is getting deeper and deeper by the day, turning into what appears to be more than just a fling, which Kristen Stewart first claimed it to be. K-Stew and Rupert both issued apologies steeped in regret and embarrassment; however, with this new development we wonder if all that was just an act. These two seem smitten with each other — they’re clearly in love. It’s worth asking: if Rupert didn’t have a family would he and Kristen be/stay publicly together and kick R-pattz to the curb? What do you think? Leave your comments in the section below!

It’s quite easy to tell from the pictures that there was something else going on with the couple. The above picture, taken way back on May 29th at the Snow White and the Huntsman premiere, clearly shows the couple taking their actor-director relationship to the next level. Just look at that hand placement.