Russell Brand Already Has A New Girlfriend And Wants To Move In With Her! 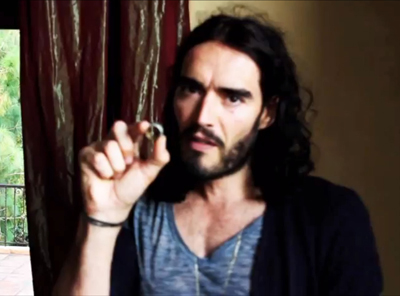 It’s only been a month since Russell Brand filed for divorce from his wife of 14 months, Katy Perry, but according to Hollywood Life, the 36-year-old actor and comedian is already dating and has found a new woman he wants to be his first rebound girlfriend!

Despite the series of “sad Russell Brand” photos that have been floating around the Internet, the site claims that Russell wants his new lady friend to move into his new $1.9 million, Hollywood Hills bachelor pad that he recently relocated to, as soon as he’s officially a single man. (See photos of the stunning, 5-bedroom house over at the Daily Mail.)

“Russell wants to explore a relationship,” said a source to the website. “He told her he wanted her to move in with him after the divorce is final.“

In spite of the reports that Katy wants Russell back, it looks like there is no chance for a reconciliation, as the Rock of Ages actor has reportedly been “trashing” his soon-to-be ex-wife to their mutual friends and anyone else who wants to listen!

“He’s spoken terribly about Katy to them,” added the source. “Russell has been attacking Katy via emails and texts. It’s gotten ugly. Katy’s concerned about him leaking stories for financial gain.”

Considering that Russell has a new talk show and book in the works, it looks like Katy will have a lot to worry about this year.