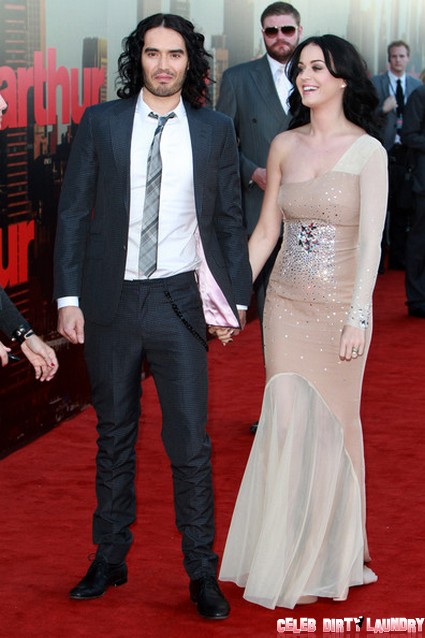 Rumors are circulating that Russell Brand is devastated over the break up with ex Katy Perry and is hoping for a reconciliation. Perhaps that divorce was a little hasty as reports emerge that Russell is heartbroken and is willing to do anything to get Katy back.

The Daily Mail reports that Russell sent Katy an emotional email telling her that he gave up on their marriage too soon and that it was the “biggest mistake” of his life.

The couple cited “irreconcilable differences” last December and quickly finalized their divorce in February. That is all after their whirlwind courtship and lavish Indian wedding in 2010. The comedian and the pop star only managed to stay together for 14 months.

Few could blame them. Soon after saying “I do” Katy launched a mega tour while Russell kept his burgeoning film career rolling smoothly ahead. In addition, the recovering addict didn’t approve of his wife’s rock and roll lifestyle and repeatedly asked her to “tone it down” to no avail.

But now that the ink has dried and Katy appears to have moved on, Russell is having some regrets over their quick decision to call it quits. A source tells the Daily Mail that Russell was “seething with jealousy” when pictures surfaced of Katy getting her snuggle on with Florence and the Machine drummer, Robert Ackroyd, at last month’s Coachella concert. “He apparently feels he gave up on their relationship too easily. It’s fair to say that Russell only wishes Katy happiness but perhaps he should have realised just how special his wife was when he was married to her rather than five months later.”

But there are signs that Katy might feel that way too. Yesterday the singer tweeted, “Dear God make me a bird, so I can fly far far far away from here.” Now, either Katy’s a huge Forrest Gump fan or she might have something on her mind.

I loved this couple and was truly sad when I heard they were breaking up. Their temperaments seemed to gel so well together. However, it’s no wonder why they did eventually divorce. As mentioned, 36-year-old Russell’s recovering from a hard past. He’s had his fun and wanted to relax and be married where I think 27-year-old Katy was just getting started on life and the fun she could have with it. Those are two very different priorities. Maybe the time apart has taught them that they mean more to each other than those other things but it could be a hard sell. So much has happened already, it might be difficult to recapture the magic.