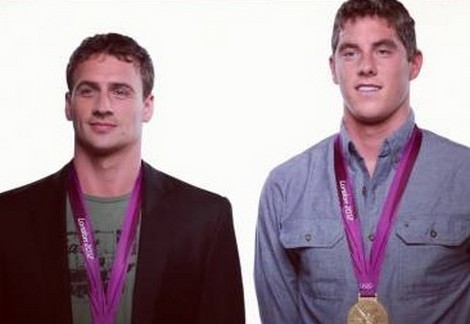 This morning the International nonprofit Water For People has released a PSA starring US Olympic Gold medalists and undeniable stars of the recent London games, Ryan Lochte and Conor Dwyer. After taking a bit of time to rest and regroup after the Olympics, both men have decided to use their fame for good endeavors.

This is the first public service announcement for Lochte and Dwyer since becoming 2012 Olympic Gold medalists and the first organization that they’ve opted to support in such a public manner. Nobody knows better than these elite swimmers that water is everything. In a matter of four hours, Ryan and Conor can swim for several hours, eat multiple meals, update Facebook, call their parents, box for 30 minutes, watch TV, and even go paddle boarding. We all take time for granted.

In comparison to Lochte and Dwyer, millions of women and girls spend up to four hours per day collecting water – to a sum of 40,000,000,000 hours per year. Yes, billion! That’s time lost that could go to work, school, and play.

That is precisely why Ryan and Conor joined Water For People’s $2 Million Challenge-Time Well Spent to save crucial hours every day for women and girls in developing countries. Time once spent collecting water can now go to creating a brighter future for the children in impoverished countries.

Check out the PSA below and see if there’s something that you yourself can do to support Water For People’s Time Well Spent Challenge!