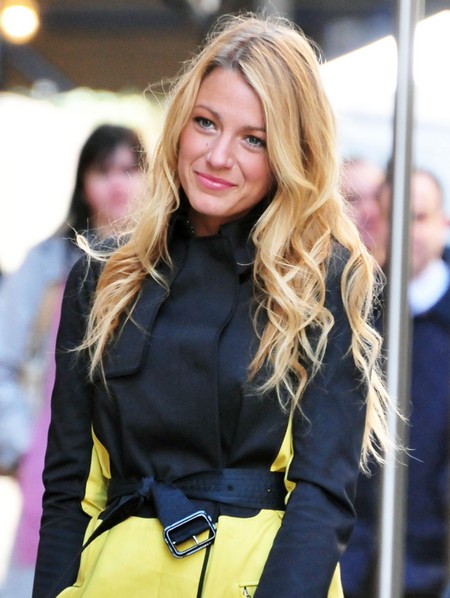 Things are heating up between Blake Lively and Ryan Reynolds’ new neighbors.  The loved up couple just purchased a $2.3 million mansion in Westchester’s Bedford area. The house sits on 2 acres and overlooks the Cross River Reservoir. But the New York Post reports the gorgeous twosome shouldn’t expect any welcome baskets anytime soon.

It seems Lively and Reynolds were “over the top” in their demands for confidentiality with their purchase. And Reynolds isn’t doing the couple any favors by being all crusty-pants to the locals. When another couple happened to walk out of Richard Gere’s Bedford Post Inn restaurant at the same time, Ryan became hostile and confronted them asking, “Are you following me?”

I find this to be a weird Ryan story since you really only hear nice things about the actor. He and Blake seem so down to earth and cute. Just last weekend, fashionista Blake ditched the MET Gala to visit Ryan’s family in Vancouver. Sources spotted the couple playing basketball on Monday night. That’s doesn’t sound like the same Ryan who would get douchy with fellow diners, does it? I hope not.

Because I know I harp on all you tragic romantics out there but I really like this couple. I think they’re adorable and real. And I’m sorry for Scarlett Johansson and everything but I like that Ryan’s happy again. I think his marriage and divorce to Scarlett wrecked him for awhile.

But is he moving too fast with another young starlet? They’ve only been together since last fall and he’s 11 years older than Blake and was 8 years older than Scarlett. Does that matter? I think it does. I’m sure Blake’s mature for her age but 24 is young. There’s a lot of growing up still to do. I want Ryan to put a ring on it just as much as the next person but I don’t want him to get his heart broken again. Maybe the house is a good idea. It gives them a chance to live together for awhile and get to know each other’s annoying habits. Then, they can decide if they want to do the whole forever thing.

In the meantime, hopefully Ryan can simmer down and be nicer to his neighbors. I hear Blake loves to bake so maybe some Humble Pie is appropriate.