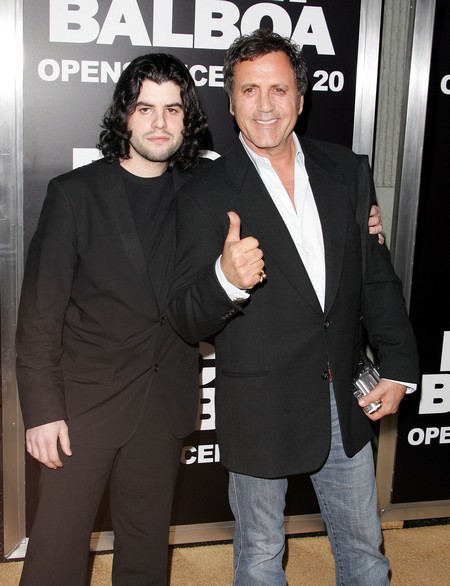 Conflicting reports on Sage Moonblood Stallone’s life and death have emerged since Sylvester Stallone’s son died from an apparent drug overdose July 13th. Sage was found lifeless in his bedroom by a housekeeper after his mom, Sasha Czack, requested that the woman check on her son. Apparently Sasha had been unable to contact Sasha for several days and became concerned.

Early reports suggested that Sasha had been dead for at least 3 or 4 days – an autopsy is scheduled which will determine an approximate time of death, and a cause, but there are already problems with the initial story. Sage’s attorney, George Braunstein, told E! News Sasha posted pictures to his Facebook page “around 17 hours before his body was discovered.”  Well that doesn’t fit, does it?

More disconcerting are the diametrically opposed descriptions of Sage prior to his death.  While Braunstein conquers that family and friends were having trouble reaching Sage, and this prompted his mom’s call to the housekeeper, his description of Sage is in stark contrast to that of other of Sage’s associates.

Braunstein described Sage as the happiest kid on the block with no history of drug or alcohol use – no depression – nothing wrong at all! He said Sage’s death was an absolute “shock to all who knew him.”  Braunstein goes on about Sage: “He was very creative, energetic and very full of life, we were just joking about how he was going to get married and have a fun marriage. There was nothing dark or depressing, no problems, certainly no financial problems.”  Huh?  Where was Sage’s girlfriend throughout all this?

Okay fine, but then TMZ comes out with a report that Sage was a total stoner and was totally out of it at a recent photo shoot.  Furthermore, this scary version of Sage’s state prior to his death, by Robert Rhine, editor-in-chief of Girls and Corpses magazine, claims that he and others were not surprised at all when the heard the news of his death.  Rhine says:  “What’s troubling is the fact that the people around him claim there were no signs. I saw the signs. When everyone from the shoot heard the news, none of us were surprised.”   Even more telling is that TMZ reports that law enforcement sources say neighbors told them they were “shocked but not surprised.”  Obviously the neighbors knew the dude was messed up.

TMZ’s report shows us a very different Sage than Braunstein’s:

Sage Stallone was so out of it at a recent photo shoot at his house, he tried taking pictures with a camera that still had the lens cap on … a magazine publisher tells TMZ.

Robert Rhine, editor-in-chief of Girls and Corpses magazine, tells TMZ … he did a photo shoot for the mag back in May at Sage’s house because the subject of the shoot had known Sage for years.

Rhine says it took Sage 45 minutes to answer the door, adding he could tell right away Sage was “on something” — slurring his words and stumbling around — though he never saw him take anything.

Rhine says Sage would talk to him for a couple of seconds before trailing off and just walking away. Rhine described his behavior as “very similar to Ozzy Osbourne.”

Rhine said that during the photo shoot, Sage came out with a camera of his own … which bothered Rhine because of copyright issues. But upon further inspection, Rhine noticed Sage hadn’t even taken the lens cap off.

Rhine says the place was a mess, with piles of stuff everywhere.

So what to conclude?  Sage seems to have overdosed on pills – bottles were everywhere in his room and he had drawers full of them, according to cops.   Police report that the death scene was a filthy ‘disgusting’ bedroom littered with mounds of cigarette butts, empty beer bottles, discarded food, etc., and ‘reeked of various smells.’  The housekeeper reported that Sage would stay in his room for days on end and that she wasn’t even allowed to knock on his door.

Sounds like Sage was seriously messed up and people knew it.  Why didn’t his family see to it that he got the help he obviously needed? Now the lawyer Braunstein comes out to E! News and attempts to whitewash the situation.  We don’t buy it.