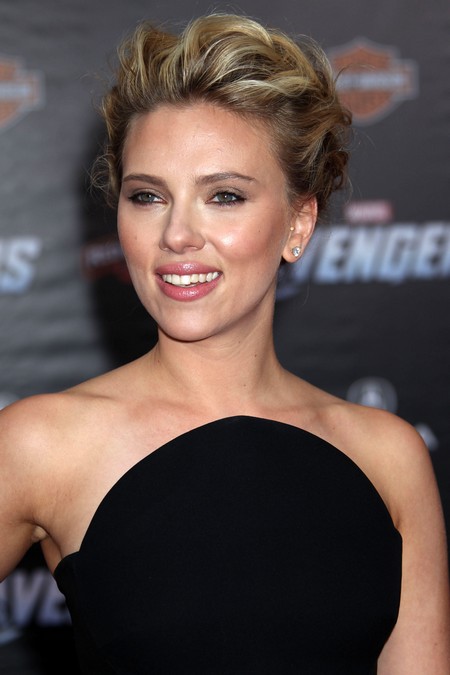 Man she moves fast!  Scarlett Johansson has been dating advertising creative director, Nate Taylor for about six months and already he is reportedly on the verge of proposing!  After a whirlwind romance Taylor already refers to The Avengers’ star as “wifey’ and reportedly can’t wait to make it official.

This time around Scarlett is not planning to keep intimate nude photos of herself on her cell phone like she did when she was married to Ryan Reynolds.  Sources told Now Daily that this is the happiest Johansson has been in a long time and she herself has recently been quoted as saying:

“I think it will be an interesting year.”

As for Taylor adjusting to life with a superstar on his arm, Johansson has this to say:

“It must be very strange for him. It’s totally bizarre. It’s an adjustment – I mean, it’s got to be an adjustment for him way more than it was for me at nineteen. But he’s really remarkably good about it.”

Johansson seems to be a mixed bag of emotions.  While she seems happy with Taylor she also recently opened up about her divorce from Ryan Reynolds saying:  Of course it’s horrible. It was devastating. It really throws you. You think that your life is going to be one way, and then, for various reasons or whatever, it doesn’t work out. [Divorce] is like the lonelinest thing you’ll ever do, in some way.

Does that really sound like a woman who is planning on getting married again anytime soon?  Tell us what you think in the comments below!