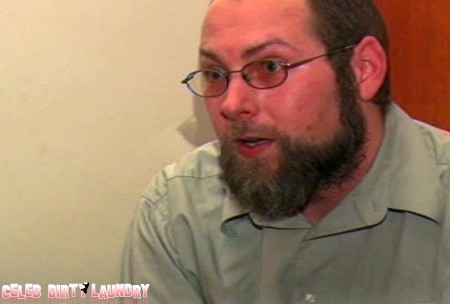 The man who hacked Scarlett Johansson and Mila Kunis and leaked their personal nudes all over the Internet has struck a plea bargain with Federal prosecutors.  Christopher Chaney will plead guilty to 9 counts including identity theft, wiretapping, and unauthorized access and damage to a protected computer.  Chaney faces up to 60 years in prison… but let’s see what he gets.

Naughty nude photos of Mila Kunis appeared in September and they sure are something to see!  Celebs have suffered Internet leaks of their personal and private nudes because they leave them on electronic devices.  Of course none of their careers have suffered as a consequence.

But nothing was as big as the Scarlett Johansson hacking and leak which had the FBI all over it.  We at celebdirtylaundry.com were interviewed by Access Hollywood to find out how the hacking occurred since we were one of the first sites to post the pics.  Sadly we knew nothing…

At least Chaney didn’t release any sex tapes – like what happened to poor Tulisa Contostavlos with a very graphic sex tape leak this week.

TMZ has the scoop:  Christopher Chaney will plead guilty to hacking Mila Kunis and Scarlett Johansson — and leaking nude photos of them to the Internet — as part of a plea deal he’s struck with Federal prosecutors.

The plea agreement — filed today in Federal Court — states Chaney will plead guilty to 9 counts including identity theft, wiretapping, and unauthorized access and damage to a protected computer.

As part of the deal Chaney will have to hand over his computers, external drives, and his cell phone — and he could be sentenced to up to 60 years in prison and 3 years probation.

Chaney was busted by Feds back in October, and initially pled not guilty. A hearing is set for Monday … when he is expected to officially enter his guilty plea.

Is hacking a serious crime?  Not if all that happens is that photos are released.  What is your opinion?  Let us know in the comments below.