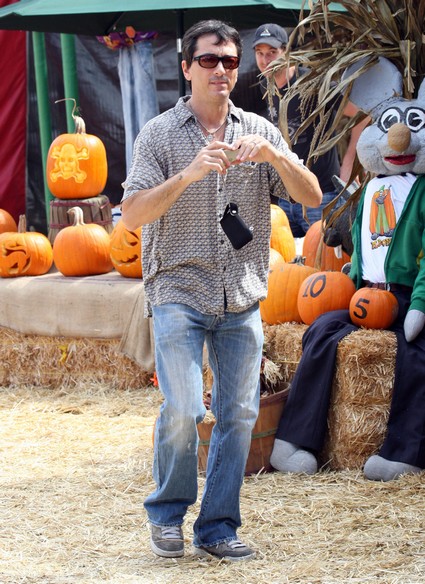 Scott Baio has decided to reveal all of the details of his rich and tasty love life in his new memoir. It’s been a long journey from Scott’s glory days of ‘Joanie Loves Chachi,’ when he was a hot property making his way through lots of Hollywood hotties – until now, when he is a 50-year-old settled-down dad. Scott is now married to former Playboy playmate Renee Sloan with whom he has a 4 year-old daughter, Bailey. Scott has decided that if he can’t chase the women any longer then at least he can write about his conquests.

Scott claims to have lost his virginity at only 14 years-of-age with his co-star Erin Moran of ‘Joanie Love Chachi.’ Amongst the women Scott claims to have slept with are Heather Locklear, Nicollette Sheridan, Pamela Anderson, Denise Richards, and believe it or not, Liza Minnelli. The book will reveal that Liza asked Scott, who is 15 years her junior, to artificially inseminate her. We can’t reveal if he did – but the book!.

According to a publishing industry insider who spoke to the Globe:  “Scott plans to to spill his secrets.”

“He bedded some of the hottest women in Hollywood back in his day. But he’s actually confessed that most of his gorgeous girlfriends couldn’t satisfy his salacious sexual appetite.”

Scott says that Locklear was his first true love – but he also says that he had love affairs with Booke Shields, Patti D’Arbanville, Beverly D’Angelo, Lesley Ann Warren, Mellissa Gilbert, and Nicole Eggbert.

Will one volume be sufficient for Scott’s tell-all?