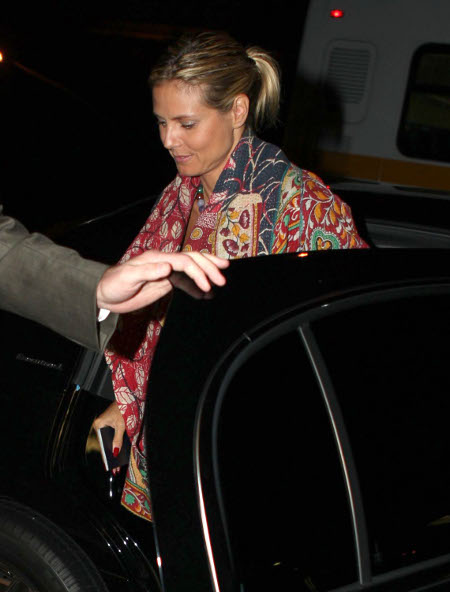 Heidi Klum has been making the rounds with her new boyfriend, who is also her bodyguard. A recent article quoted her soon-to-be ex, Seal, with saying, “She should not be fornicating with the help.” He seemed to imply that the relationship between Heidi and the bodyguard broke up their marriage. And perhaps there’s also a little bit of jealousy lacing those words, too?

Seal clearly has not gotten over Heidi or the fact that she pulled a Katie Holmes on him. The relationship has hit a really sour note with Seal’s accusations about Heidi’s new relationship. Heidi claims that it was Seal’s explosive temper that ended their marriage. Do you think this is a case of war of the roses (or exes)?

Heidi, one of the highest paid models in the industry, is loved and treasured all around the world. Seal on the other hand has a great music career, but he lacks the likeability factor that attracts people to Heidi. People like Heidi for several reasons, most notably for her humor, appeal, and style. To say we were shocked that she was in an abusive relationship is an understatement.

At the very least, Seal should limit the trash talking and perhaps learn a couple of pointers from Tom Cruise’s high profile marriage. Seal will come out ahead by giving Heidi the respect she deserves and making every effort to remain civil for the sake of their children. Share your thoughts on Heidi Klum and Seal. Do you think it is more difficult for high profile marriages to remain civil with so much publicity? What do you think about Heidi Klum’s new boyfriend — a bodyguard?