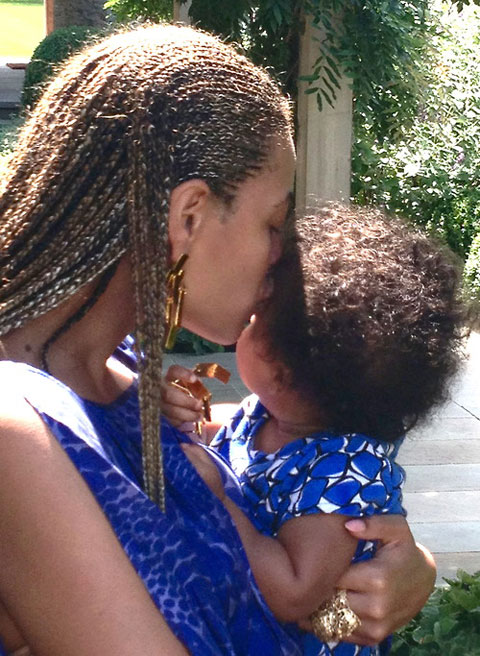 Beyoncé gave the Beyhive an early treat for Thanksgiving with some help from her daughter, The Notorious B.I.C. – the famous occult infant. The superstar wished her fans and preying eyes on her Tumblr a happy holiday. She also included new pictures of the rarely seen, Blue Ivy Carter.

Aside from the batch of pictures of BIC released when she was a newborn, she has remained an enigma; known to the world but only sightings can prove her existence. No one, except the privileged few, really knows what Blue looks like since Bey and Jay-Z have gone to great lengths to shield her face. It’s always the back of Blue’s curly head, the side of her chubby cheeks or her small legs that are viewed from a distance. One can look, but you risk bodily harm by daring to touch the chosen one. Julius, Bey’s burly bodyguard, isn’t paid to just look good. He’s been known to get physical and not just because Olivia Newton John’s song is still so catchy after all these years.

Some have suggested that Beyoncé is literally keeping Blue Ivy under wraps because she inherited her Daddy’s features and is therefore ugly. That theory is less credible than Lindsay Lohan’s acting since leaked photos of Blue Ivy show that she hasn’t turned into an eyesore. Sasha Fierce Jr. is still a pretty little girl.

It should just be obvious by now that the head baby in charge isn’t ready for her close up. Her mom may be a world-wide diva, but BIC isn’t too anxious to step into her own miniature heels and rule the playground or indulge the media. She’d like to crawl to Babies “R” US in peace without being surrounded by paps who want to capture her greatness for the masses. With a few teaser pics here and there, Blue has already learned that you always leave your public wanting more. 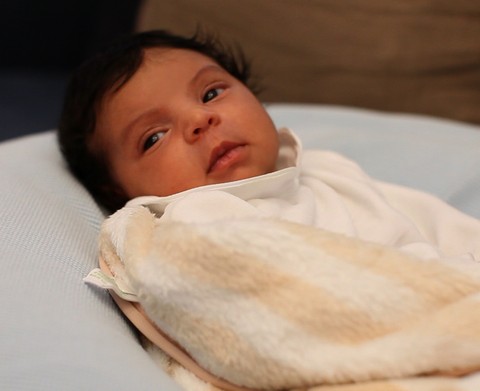