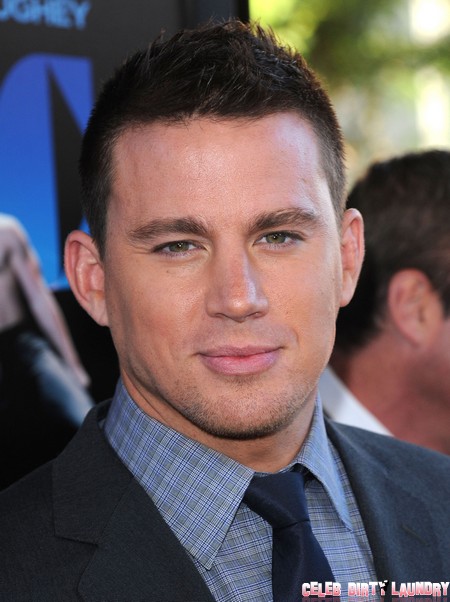 Audiences all over the world are preparing their best stripper screams for Magic Mike, which is to be released in 5 days. It seems that Channing Tatum was all the rage right now, until this hilarious video of the ex-stripper-turned-actor was released.

Magic Mike is a roman a clef of Tatum’s stripper past. He went from stripping to modeling to acting, even though his acting abilities are on par with dead people in a morgue, it now turns out that Tatum’s dancing abilities are on par with dead people, dancing in a morgue. Who screws up the YMCA dance? Channing Tatum does. One expects a gleaming Channing Tatum doing his sex-roll to millions of screaming woman, but the result is much, much spoofier than that.

In the 2 minute video, a young-I-am-poor-stripper-where’s-my-morals Channing Tatum does a strange tribal dance, ala Survivor without the voting off. He wears a Hawaiian grass skirt (or what the hell those things are called!) and looks like he is about to start drooling from naivety. There’s no sexual energy in this video, as Channing awkwardly looks out of place and slightly too porn star for our liking. He claps his hands and pops his ribs, doing just what any seedy stripper will do for dinner. The YMCA dance continues with him half-giggling in between and ends with Channing doing a very odd tribal dance at the end. He looks as excited as a nun in a Sound of Music revival.

Nothing ever came good out of the 90’s, except Hanson (what happened to them?) and platinum highlighted boy groups. Channing screwed up YMCA in the 90’s. Look at him now, screwing up acting for generations to come.

What do you think CDL readers? Do you think we should give Channing a pass on this as he was young? Will you be watching Magic Mike upon release? Let us know in the comments below.