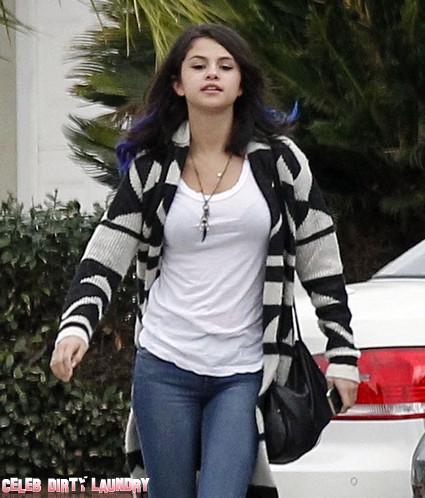 Selena Gomez says that despite their fame she has a perfectly normal relationship with boyfriend Justin Bieber. Justin Bieber and Selena Gomez are the most adorable couple in Hollywood but are they normal? Does Selena know how normal people live and how they relate? At least she gets full points for modesty in attempting to convey to the rest of us she doesn’t think she is better than we are just because of her celebrity. Madonna should take lessons in modesty from Selena.

Despite the fact that Justin once rented out the entire Staples Centre in Los Angeles so that he could have a private date with Selena, she believes that they are just like any other young couple. Yes, any other young couple with over $100 million to spend and whose face are recognized by billions of people.

Selena told Cosmopolitan:  “I’m just like every 19-year-old girl. If you’re in love, you’re in love to the fullest, and you just want to go to the movies, hang out, and be as normal as possible.  I’m fortunate that I’ve found someone who has that philosophy.”

It’s good that Justin shares Selena’s philosophy. Selena and Justin started dating last year and Justin who is just 17 has already admitted that he wants to start a family while he is young.

Justin told Women’s Wear Daily:  “Well, by 25 or 26, I want to see myself, like, married or start looking for a family. I want to be a young dad.  I want to be able to have done what I wanted to do — to be successful, to do a movie or whatever. But if the time is right, I definitely want to be married by 25.”

Can the relationship between Justin and Selena survive superstardom? Can they manage to get through their teen years together and make it to the alter? Will Justin and Selena marry? Let us know what you think. Sound off in the comments below.