Selena Gomez Shocked That There Is A New Mrs. Justin Bieber 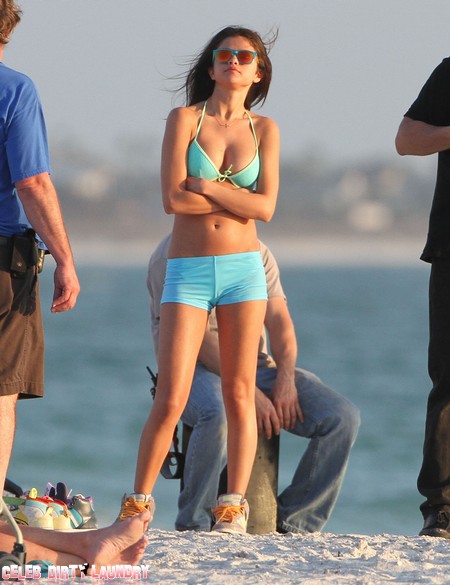 There is a new Mrs. Justin Bieber and Selena Gomez is freaking… well not really!  Justin has a young fan suffering from brain cancer that is totally in love with the teen idol (who’s not!!) and the little girl calls herself Mrs. Bieber.

Justin said in an interview on Access Hollywood the child thinks that she and Justin will marry and live happily ever after.  What will they do about Selena banging on the windows and sleeping in the driveway?  Justin really has a kind heart and spends lots of time devoted to charitable works.

Huff Po has it:  When it comes to fans, 18-year-old singing sensation Justin Bieber has more than his fair share.  But when the teen heartthrob stopped by “Access Hollywood Live” this week, he mentioned one particular fan who made an impression on him — a young girl with brain cancer who calls herself “Mrs. Bieber.”

“Basically, she think I’m her husband, and she thinks we’re going to get married and live happily ever after,” Bieber said.

He told “Access Hollywood” that his fan even staged an entire wedding with a cut-out version of him as the “groom.”

The Access Hollywood interview:  Justin Bieber has shown time and again how much he appreciates his fans and how he likes to give back to charities. So, why does he prefer to give back without cameras around? Plus, Justin tells a heartwarming story about meeting a young cancer patient who called him her husband.

SEE: Hands All Over Justin Bieber In Boyfriend Video

Justin Bieber is the most popular man in the world today.  More people fall in love with him every day.  Are you a fan of Justin’s?  Let us know in the comments below.