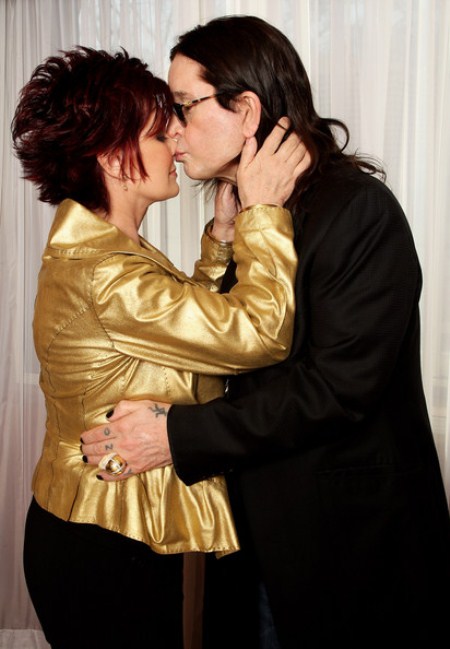 America’s Got Talent‘s Sharon Osbourne and her heavy metal husband, Ozzy Osbourne have been caught doing some form of shenanigans that involve conquering the lands of another person’s backyard. According to our source, the couple illegally extended their backyard land in L.A., by increasing the land without getting permission. Now coming from two very successful people, this wasn’t really all that smart of an idea, they obviously didn’t think this through or were just too damn busy to care.

The gated community called The Mountain View Estate Owners’ Association, have filed a lawsuit against the Osbournes, claiming that they’ve built a fence in their backyard which extends around 8,500 square feet into the Association’s land. As you can tell the Association is not one to f*ck with.

The person who discovered the Osbournes’ “evil” plans in “conquering the world” little by little, was a surveyor who obviously works for the Association; he made the discovery on May 2nd, 2012. The lawsuit doesn’t even mention whether the Osbournes were notified that they were trespassing on another owner’s property.

Mountain View wants an order from the court, which will require the Osbournes to remove their fence and to stay “the hell off their property.”  Wow we’re dealing with a bunch of bad asses over here guys.

What will the Osbournes conquer next? A water fountain or a parking place? Stay tuned!