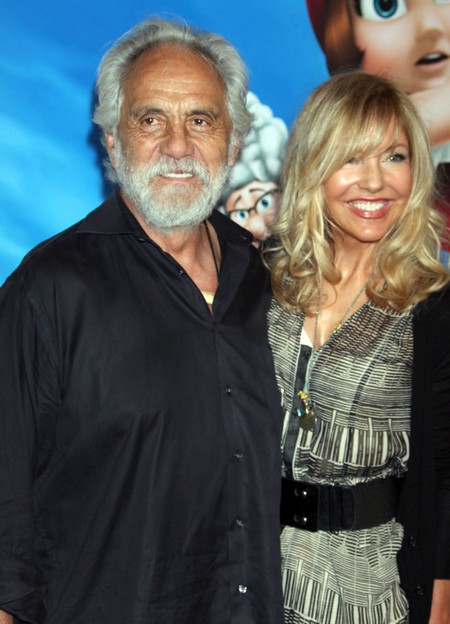 Tommy Chong’s wife Shelby Chong is standing by her man as he tries to beat cancer by smoking more marijuana. Tommy Chong released a very popular film back in the 70’s, “Up in Smoke” and other ‘Cheech and Chong‘ stoner movies.  Tommy has been a cannabis activist for several decades, but he quit smoking weed about a year ago. He is famous for starring in weed driven comedies with his longtime co-star, Cheech Marin.

His wife, the immaculate blonde actress Shelby Chong is being a doting wife, and supporting him every step of the way. Shelby starred in her husband’s 1980 film, “Cheech and Chong’s Next Movie”. She also starred as a French girl in the 1982 film, “Things Are Tough All Over”.

Tommy Chong recently spoke out about his stage one prostate cancer diagnosis and said to CNN, “I’ve got prostate cancer, and I’m treating it with hemp oil, with cannabis. So [legalizing marijuana] means a lot more to me than just being able to smoke a joint without being arrested. So I know [the cancer] had nothing to do with cannabis. Cannabis is a cure.”

Tommy’s extended family of sons and daughters, which include Rae Dawn, Robbi from his first marriage to Maxine Sneed and Paris, Gilbran, Marcus (adopted) and Precious Chong from his second marriage to Shelby have all supported him throughout his battle with cancer.

Tommy is no secondhand hippie, as his outspoken ideology over cannabis has been headlined ever so often. Tommy has been raided by police more than once and he has created massive controversy surrounding the legalization of cannabis debate. This has sparked police investigations and the seizure of 8000 “a/k/a Tommy Chong” DVD’s, which the police claim is a way for drug users to “cheat” on drug tests. Tommy denied any ownership of the DVD’s.

Tell us what you think. Do you believe weed should be legalized? Do you think Tommy is correct in his assertion that “cannabis is a cure”? Let us know in the comments below.