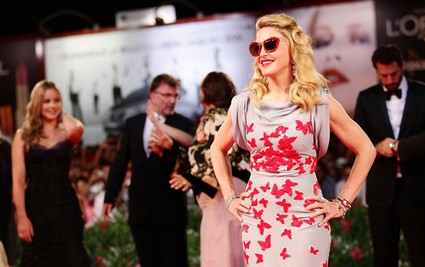 While some of you are still pondering the Elton John/Madonna feud, the material girl herself has other things on her mind.  Madonna is dipping her feet in the old relationship pool, claiming that the key to relationships is “compromise”.  Okay Madge, is that what it is?  Did you learn that from your first or second marriage?

She sat down for an interview with Grazia magazine to discuss her views: “I think with all relationships you are going to have to give up something. It is a juggling act, it’s about compromising.”

I suppose that makes sense, but pretty obvious Madge.  She also discussed what she learned from both her marriages to actor Sean Penn and director Guy Ritchie.

“With Sean, I saw the importance of preparing before you get to the set.  Guy is a much more visual director and he takes a lot of risks when it comes to camera moves and things like that. He breaks the rules and so I learned a lot from him in that aspect.”

I think what Madonna meant to say is that the key to a successful relationship isn’t compromise, but to learn and take notes from your spouse.  Wait, that one didn’t work out either.  Back to the drawing board.