Simon Cowell Expects ‘One Direction’ To Be Bigger Than Justin Bieber 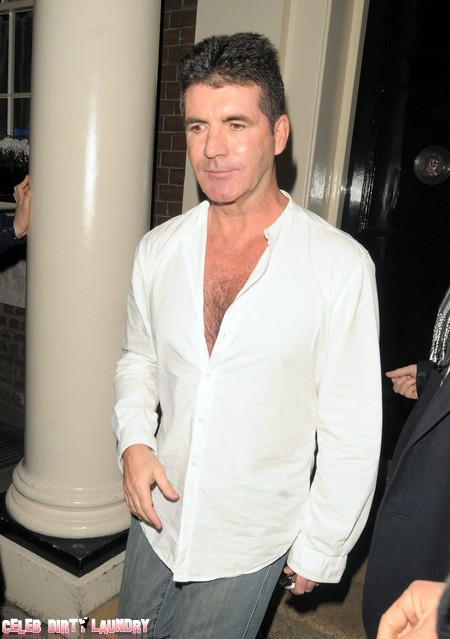 Simon Cowell is crowing about his boy band, ‘One Direction,’ and is praying that they get bigger than Justin Bieber.  Simon is thrilled that his latest project is doing so well as talk of the band being the next ‘Beatles’ reverberates in the media.  Hopefully for Simon the boys will do better than ‘The X Factor USA.’

Simon is reportedly “too excited to sleep” about One Direction’s success in the US. The British boy band are currently on tour in America and the success and screaming girls which have followed them has left their mentor suffering sleepless nights.

The group’s Louis Tomlinson said:  “He’s really, really excited about the reaction we’ve had out here and has said he’s not sleeping ­properly because he keeps thinking about us and how it’s going. He’s far too excited to sleep. Which is quite cool.”

One Direction – who’s debut album ‘Up All Night’ is expected to top the US charts Sunday – were initially told it would take them much longer to crack the difficult US market, but Twitter has helped them gain fans.  Singer Liam Payne told the Daily Mirror:

“Our tour manager told us it would take three years of hard graft to do well in America.  So for it to have taken off as it has is incredible.  Twitter has been a major factor in getting our name out there in the States.  Just as twitter followers have gone up, so we have, too.”

15,000 hysterical girls turned up to see the ‘What Makes you Beautiful’ band – which also includes Niall Horan, Zayn Malik and Harry Styles – perform on ‘The Today Show’ in New York, and they allude to the Beatlemania which swept the US in the 60s.

MORE: Justin Bieber and Selena Gomez get Drunk And Fight

Louis added:  “To be compared to something that was so big in its day is amazing  To be our generation’s Beatles… Wow. It is hugely flattering, but I’m not sure how seriously we can take it because it seems so unrealistic.”

These dudes will not be this generation’s ‘The Beatles,’ and they might not even be this generation’s Bieber.  No generation since that of John, Paul, George, and Ringo has had a group with the impact nearly as large as the fab four’s.  This commercial construct of Simon Cowell’s will not make a big difference to society at all.  One Direction is all about one thing… dollars.