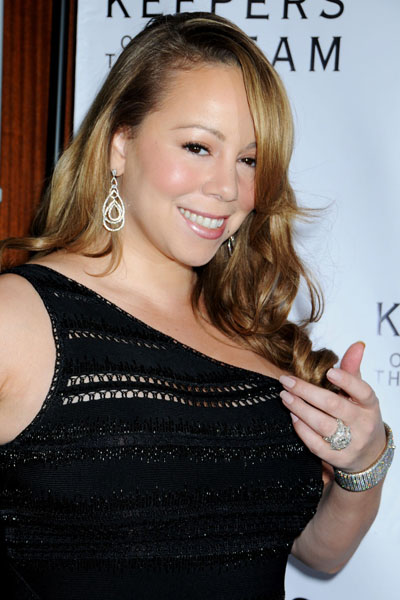 After axing Paula and Nicole Scherzinger as judges on his hit competition reality show, X Factor, due to low ratings, producer and judge Simon Cowell is already contemplating replacements and, according to The Mirror, Mariah Carey is number one on his list!

“Simon wants nothing but the best for the X Factor – and Mariah is the best,” said a source to the British newspaper.

Supposedly, Mariah was on his original wish list of judges for the launch of show last year, but she couldn’t get involved as she had just given birth to twins.

Still, Simon may not want to hold his breath, as the singer’s husband Nick Cannon has already sort of dissed the possibility of her joining the show:

“Why would my wife want to be on a show like that?” he said during his radio show, adding that it would be a “step-down” for her.

We wonder if Nick’s job as the host of America’s Got Talent, may be the real cause of his concern, as it might be a conflict if the couple were both appearing on competing reality shows?