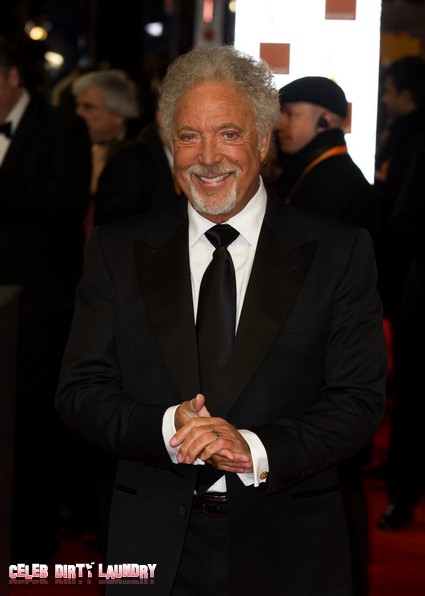 Sir Tom Jones, music legend in his own right, has attacked Simon Cowell’s X Factor, he said that it failed miserably in discovering enough talent.  Jones predicted that his new BBC show The Voice, which also searches for singing talent would be more successful and show how much of a failure the X Factor really was.

Tom said “Some of their judges aren’t even singers and wouldn’t be able to sing a note, so what do they know?” I got to say I agree with him and The Voice is better because it will be trying to find a star only based on their vocal talent, because judges won’t be able to see the performer from the start.

He also said “At times it feels The X Factor is more about sob-stories and finding someone who’ll sell a lot of records quickly and then disappear than their singing ability. To me that’s wrong and that’s why I like the idea of The Voice so much. They haven’t found as many stars with world-class voices as they should.” Once again I find that he’s right, the performers in The US X Factor weren’t all that great… only two were any good.

Jones has sold more than 100 million records and got more off his mind, “Every time I see one of these shows I think half the decisions are wrong and it really frustrates me. Some of the judges don’t have the experience to be on talent shows – if you’ve only been in the industry two minutes, how can you offer advice? I have the experience and I listen to all sorts of music, so the advice I give will be valuable.” Wow is he ever right, I felt the same way the judges for The X Factor kept making huge mistakes with their decisions. The people who end up winning didn’t deserve it at all.

Jessie J, Danny O’Donoghue and will.i.am will be helping Jones judge the contestants performing on The Voice UK. Tom said “I got fed up with shows like X Factor and thought I better do one myself because the judging has been questionable. A singing contest should be about someone’s voice – not PR spin.” He added: “I’m genuinely excited about The Voice – it’s exciting, competitive and compelling television because it’s all about talent. I’ve been blessed over the years to have been able to share the stage with some of the world’s finest artists and I’m really enjoying being part of the team discovering a great new talent. I love to see new talent – I always have.It’s great to see young people singing so well and it’s nice to see singing is still alive and well.” I’m very glad to see someone like him get involved in a show to find new talent.

Though Jones attacked X Factor, he did say that he is a huge fan of shows searching for talent.