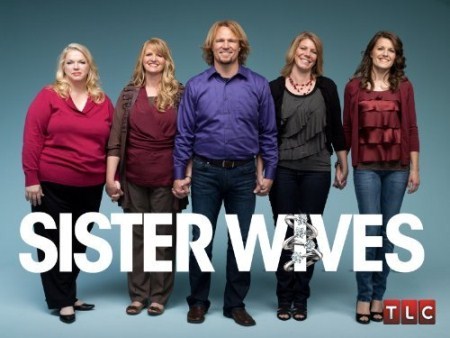 The finale episode of TLC’s hit show Sister Wives airs tonight titled “Leaving The Nest”. Stand by as we cover the episode with all the up-to-the-minute details.

Have you been watching Sister Wives? The show is about Advertising salesman, 42, Kody Brown, his four wives; Meri, Janelle, Christine and Robyn and their 16 children.  Basically the Browns are just a normal family trying to live a society that shuns their polygamist lifestyle.

In tonight’s episode, Logan decides on a college that he wants to attend as his high school graduation approaches. Meanwhile, Kody and his wives are finally one step closer to getting everyone together again. Will the family finally find their dream home for them all to live in and see their dreams come true?

We will be live blogging the episode with all the up-to-the-minute details at 9:00pm so make sure to come back to this spot and watch the show with us. Make sure to refresh often so you get the most current info!  While you wait for the recap, let us know what you think of TLC’s Sister Wives season 3, so far!

Don’t forget to stay tuned after this episode for “Sister Wives Tell All” when Kody and the Wives discuss polygamy, life in Las Vegas, and their new book detailing life in the Brown family before the cameras started rolling.  This special show airs at 10:00pm, after “Leaving The Nest”.

RECAP : Logan graduates from high school and he has narrowed it down to two schools for College, one in Utah and one in Vegas. Logan knows that his family wants him around, but he wants to do what is best for him. Kody thinks the kids want to push Logan out of the house, Logan just wants his own room and office. Logan’s mom Janelle, wants him to do whatever he wants to do, meanwhile Logan just wants to turn 18 so he can leave if he wants to.

Logan is the oldest child in the polygamist family, but he says that doesn’t make him a polygamist. Logan and the girls are on their way to a SUU in Utah to check it out the campus. Logan loves the tour, it’s out of town and they have smaller class sizes, that is a bonus.

Kody and his wives go see their real estate agent to look at another home. Christine loves the house, but Janelle is worried it’s not in her budget.

Kody and the wives are going to see the prototypes for the design of their new rings, it is to symbolize that they are all friends; they are engraved with love, loyalty and friendship.

Janelle tries to convince the women to put money down for the homes so they can get four together. Kody thinks it is important to do this, even if they have to sacrifice vacations for awhile.

Christine has misgivings about the home because they were mortgage poor before and she is afraid of the commitment. Kody thinks being close together and reconnecting their family is more important than anything else. Meri’s hesitation is the judgement that she is going to get because her home will be as big as everyone else’s but she doesn’t need that much room.  Janelle thinks that Meri should not have had a big home before because their resources were a lot more strained, but that was before.  Christine apologizes to Meri for thinking she should have a smaller home because she only has one child. Everyone finally agrees on everything, but it doesn’t feel exciting.

Logan is now heading to UNLV in Las Vegas with Kody and his mother. Logan is really surprised about UNLV, the campus is beautiful. Logan and his parents meet their tour guide, she is very pretty and smart; Logan seems happy. Logan is having misgivings now, he likes both schools, he has a lot to think about.

Kody wants Logan to make his own decision, he will push in the direction he wants but ultimately it will be Logan’s decision.

Kody and the wives are with the real estate agent and bring their money to put down on the four lots for the four homes. The women choose their lots and write their checks. Kody takes off and runs around the lots to make it feel that all the homes are connected. Kody is thrilled to have everything settled, for him it is paramount to have his family altogether.

All of the family is together, it is one of the children’s birthday. The family has bought various UNLV t-shirts to try and persuade Logan which school to go to. First, Kody tells the children that they have made an offer and put money down on the homes, but none of them seem like they really care about it because lots of times the parents say things, but then they fall through and don’t happen. Kody tells them that he is 95% sure that they are going to get the homes. Logan tells the family that he intends to more or less get out on his own a little bit. Basically, he is going to UNLV and the family is thrilled. Logan goes on to tell the family, he wants to be treated like a college student. Kody couldn’t be happier with his decision.

Kody and the wives take the children to the new property and they run around and fly kites over it.