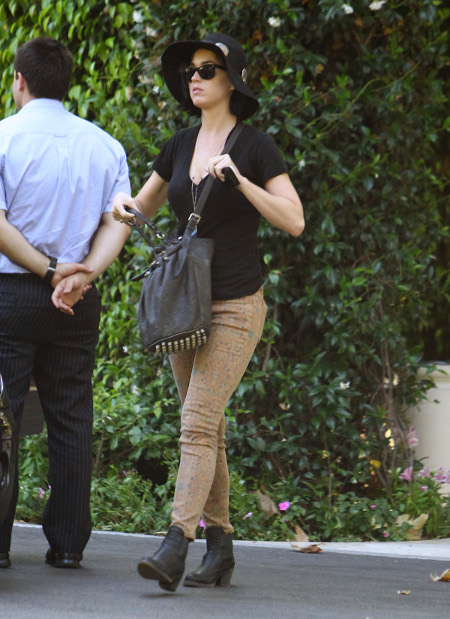 Honestly, it was only a matter of time. We were all just waiting for sleazeball John Mayer to dump Katy Perry. He’s struck again, breaking yet another woman’s heart only after just a few weeks of dating. Apparently, John wooed Katy with a speech about how he is a changed man and about how he has a new perspective on life and women. And poor Katy fell for it.

“John did a real number on Katy,” a source tells Radar Online “She held off from his advances for the longest time, but he laid on the charm thick and promised her he was a changed man. She eventually gave in, fell head over heels for him and then – yep – once he had made his conquest, he dumped her.”

However, despite the breakup, Katy Perry and John Mayer appear to be doing all right. They attended a party together and, while they weren’t able to be in the same room with each other, no windows or bones were broken. “It was so weird!” says an eyewitness who attended the same party. “Katy stayed in one room the whole night and John stayed in the other and when they passed each other they both just kept their heads down. It was like they had this incredible animosity for each other and everyone else at the party could feel it.”

And, apparently, they were both already back on the hunt. John reportedly talked to a brunette and Katy found herself a blond model. Well, looks like there’s no love lost here. Guess we won’t be expecting a duet from them anytime soon.