Snooki Intends To Surprise Us With Her Parenting Skills 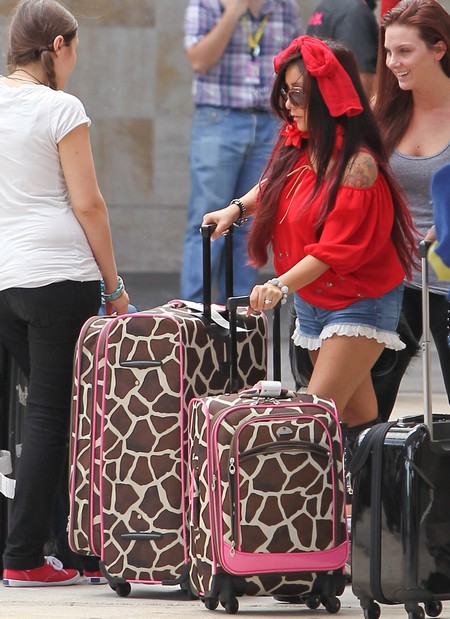 Nicole “Snooki” Polizzi does not doubt for one second her ability to raise the child she is expecting with fiancé, Jionni LaValle.  Snooki promises that she will be the model mom in all respects – can you imagine…  “Everyone will be surprised to see a different side of me. I’m loving, caring, sensitive, protective and very maternal, no matter what people might think.” the Jersey Shore star tells V magazine in a new interview.

When she first announced her pregnancy back in March, critics ripped her to shreds, doubting she could stay sober long enough to even carry a child.  Snooki is used to being in the hot seat and has been long before her antics were played out on TV.

“I mean, people used to say I was fat hen I was the hottest thing ever. Imagine what they say now.  I’ve been bullied my whole life. In high school, me and my girlfriends were freshmen and we were all pretty girls in cheerleading and stuff, so the older girls would bully us because all of their guys want to hang out with us.”

“I am probably the No. 1 most-bullied celebrity,” she adds. “I really don’t go with trends; I don’t try to fit in like everyone else does in Hollywood. I just like to be different and I don’t care.”

Do you think Snooki will keep herself sober until she has the baby?  What about later?  Will she return to her hard-partying ways once she gives birth?  Can Snooki really go from fist-pumping to baby burping and not revert back to her wild ways?