Snooki is Officially in Labor — A Baby Guido is on the Way! 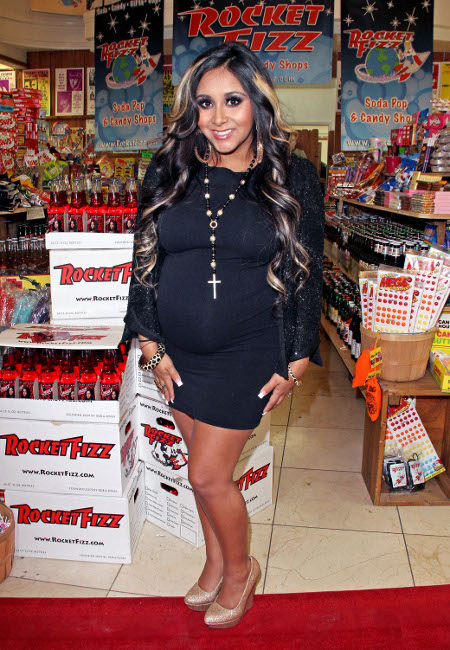 Stop the press people and take a deep breathe, cause what you’re about to hear is very, very important. Snooki is officially in labor! Say it isn’t so! You heard me correct, the pint-sized reality star could be giving birth at any moment.

According to TMZ , her and her baby daddy, Jionni LaVelle are at a hospital in New Jersey now and expected to deliver their wee babe at any time. Snooki (who’s real name is Nicole Polizzi) announced her pregnancy back in March, leaving the world shocked and wondering if she (or anyone for that matter) could handle a little meatball. Apparently she thought she could, and she’s handled her pregnancy quite well. Gone were the plethora of alcoholic drinks and cigarettes – instead she’s exchanging it all for diaper duty. Jersey Shore will never be the same…

No further details have emerged, but keep your eyes and ears open. Just yesterday the Snookster tweeted, “I am balloon ready to pop.”

Well pop you did indeed Snook! I hope for her sake, and the sake of her yet to be born bambino that there are plenty of drugs being given – I’ve seen her when she gets drunk on TV and it is pretty wild so I can’t even try to imagine what giving birth might be like. I say good luck to you lady! Stay tuned as the story develops.