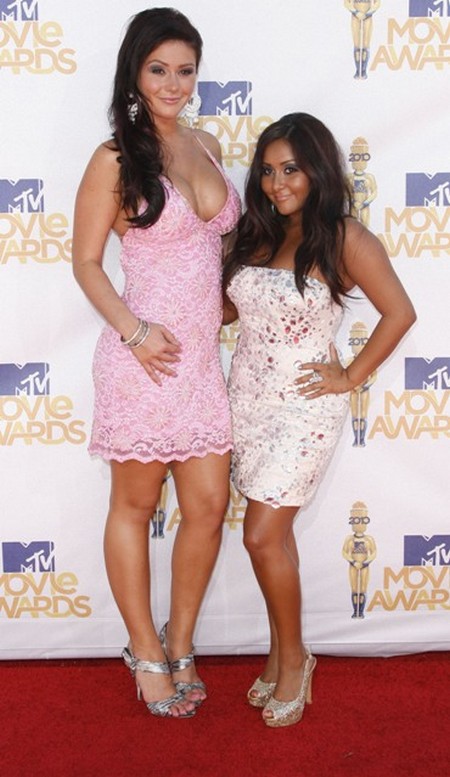 Snooki and JWoww will have a hit on their hands with their new show Snooki & JWoww – It works!  But Pauly DelVecchio better keep his day job since The Pauly D Project looks like a flop.  What is Pauly’s day job anyway?  I just finished watching the promo’s for Snookie & JWoww, the new reality spinoff from Jersey Shore and I think that this show could go.  The promos are cute, starting off with them looking for an apartment in Jersey City, which I know is a little manufactured for TV.

I say this because a lot of cities in Jersey did not want this show to be filmed in their city.  Number one the media influx and also the drama these kids cause when they are in a city – Florence for an example! So I know there had to be a lot of finagling going on in order to film there.  That being said the show actually looks good.

JWoww and Snookie have good chemistry together and not for nothing they play well off of each other.  JWoww straight guy, Snookie funny guy, honestly can it get any better.  The only glitch I ever saw for this show was Snookie getting pregnant. The producers did not find out until they had already started filming, but they just incorporated it into the show, tactfully – well done.

Now despite the rumors that JWoww was less than pleased that the producers were going to focus the show around Snookie’s pregnancy, I think she got over it and she shows no animosity.  Listen chica a paycheck is a paycheck; you want to go back to being a hostess – I don’t think so.  JWoww you are far from being stupid so you just keep your head up let the producers do what they want to do, smile and collect your check.  Smart woman.