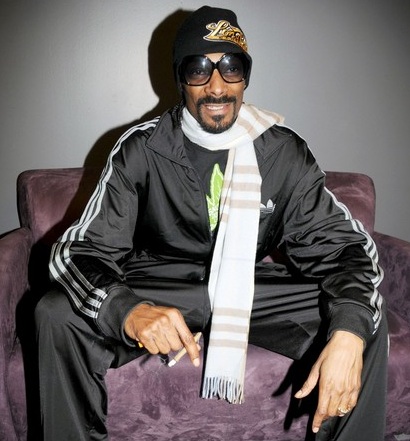 Guess who won’t be invited to Kim Kardashian‘s next wedding? If you guessed Snoop Dogg, then you’d be correct. The Snoop, or is it The Dogg, or is it the Snoopy Dogg, came right out and called Kim a ‘cold-blooded-bitch in a web video.

Snoop released the video online on the stoner site MrGrassys in a cowardly manner, using his alter-ego identity, Nemo. In the video he takes a misoginistic stance – as is typical of rappers and rap music and lambasts poor Kim. I mean why can’t we all just get along… . Snoop takes it upon his stoned self to address Kim’s estranged husband Kris Humphries who was dumped after just 72 days of marriage.

Snoop’s words of advice to the basketball player include telling him he should never have tried to “wife the bitch” because she gets around. He also goes on about how Kim went for Africans while she was in Africa with Reggie Bush becuase they had bigger dicks than Reggie’s.

Snoops words of wisdom:  “First advice is you should have never tried to wife the bitch man. She’s not that type of a ho, she gets around … She’s cold-blooded, I’m pretty sure she’ll have a book in a month talking about all the n****rs that she got and how she played them. So, my advice is you can’t make a ho a housewife. Don’t try to reinvent the wheel.”

Can you imagine the outcry if a white celeb has said that?

Snoopy continues on talking about a couple of Kim’s ex-lovers – Reggie Bush and Snoop’s very own cousin, Ray J, claiming that Ray J is the only guy who ‘bounced back from the bitch.’ Ray J also happens to ‘star’ in Kim’s released sex tape, ‘Kim Kardashian: Superstar’, which was made in 2003 and leaked in 2007.

Snoop Dogg is a sexist jerk. The way he speaks about Kim in particular, and all women in general, referring to them as ‘hos,’ shows what a degraded pig he is. Say what you want about Kim, and we certainly do, she is miles above Snoop Dogg. One thing for sure – she’d never give his skinny ass the time of day.