Snoop Dogg Wins Big on The Price is Right (Video) 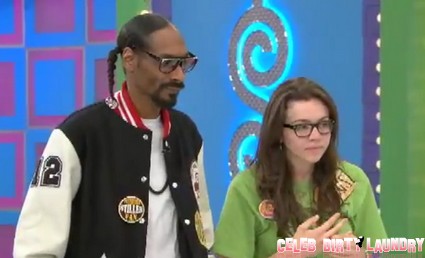 For those of you sad people who don’t know who Snoop Dogg is, he’s an American rapper, singer, record producer and actor. Snoop Dogg is a pretty good rapper, I’ve been listening to his music for awhile now and I still currently like him; my most favorite song he’s done is That Tree ft Kid Cudi. If you haven’t heard of it I’d recommend you give it a listen to.

Snoop Dogg recently guest starred on the Price is Right, during a special week of celebs appearing for charity. He appeared on the show to benefit his charity called “The Snoop Youth Football League”, he made $72,000 for a good cause.

“The Snoop Youth Football League” was created seven years ago for the sole purpose of helping inner city kids with gang violence, drugs and negativity. Snoop said that he wanted to create something positive for the community that could be around for 20 years or more. He created a football league because he thought that it was not only a positive thing to do, but something that can keep kids out of trouble; it shows them how to organize and work well with others.

Snoop said that The Price is Right was a show he loved to watch whenever he skipped school as young child, so it only made sense that he would join it to raise funds for his charity.