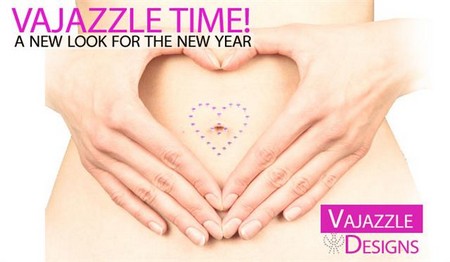 Queen Elizabeth II probably won’t be wearing one and neither will Kate Middleton but some loyal British subjects will no doubt apply a special intimate stick on tattoo to celebrate the Diamond Jubilee.  Her Majazzle Diamante Jubilee Crown Jewels crystal tattoo kit for those who want to show their patriotism in an intimate way will be available for under $25.

An online retailer is to mark the Queen’s Diamond Jubilee with a special gift.  The gift is inspired by the craze for ‘vajazzaling‘ – which is popular with stars including actress Jennifer Love Hewitt and the cast of British reality TV show ‘The Only Way is Essex.’

Neal Slateford of the company that distributes the product said: “It’s in patriotic red white and blue and you can wear it anywhere – making it a jubilee for your jubblies or a sparkling street party for your sexy bits.”

“The whole nation is going to have one enormous party at the beginning of June and we wanted to get in on the fun.”  ‘The Only Way is Essex’ star Maria Fowler thinks the product is a great idea and plans to wear hers on the day of the Diamond Jubilee, June 5.

Maria said: “It’s a brilliant idea. We’ll all be going on the razzle. What better way to dazzle than with your very own Majazzle.”  “It will be the jewel in the crown of the Queen’s celebrations.”

While the royal family will no doubt prefer more traditional attire and accessories we can’t be too sure about Pippa Middleton.  After her night out in Paris at a party replete with bondage gear and strippers just prior to her gun-slinging joyride, we have to say that anything possible.