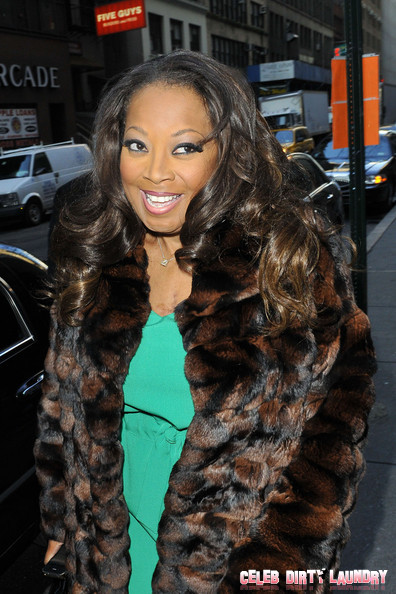 Al Reynolds, ex-husband of Star Jones, has issues, and we have all known this for a long time, including the fact that he’s a big fat liar! Right now he’s running around telling everyone about his beautiful townhouse in New York City which is on the Upper West side. Come again? I think he is forgetting to mention that the townhouse does not belong to him.

He lives in Miami — actually, he lives in the same apartment building as does Evelyn Lozada from the show Basketball Wives.  Big sigh! The townhouse actually belongs to Sherri Sheperd (The View) and he is only renting a room from her while he is in New York for business purposes.

Does anyone know what business he’s in, because he sure likes to party. That being said, does anyone remember last month when he was going to take Star to court for $50, 000 because, according to him, she said something bad about him when she was on the Wendy Williams Show? Honestly, it wasn’t that bad.

Apparently, in their divorce, there was a stipulation that neither one of them would talk badly about the other one — kind of like a gag order. Come on now! When couples divorce stuff happens and sometimes it is really hard to keep your mouth shut about your ex, but suing your ex for $50,000 over a couple harmless remarks? Mr. Reynolds, I’m sure you got enough money from Star when the divorce was settled and you’re still looking for more? Quit all that partying and buckle down at your “job,” whatever it is, and then you won’t have to go after petty money.  So pitiful!