Steve-O And Elisabetta Canalis Kissing Are They Really Dating? (Photo) 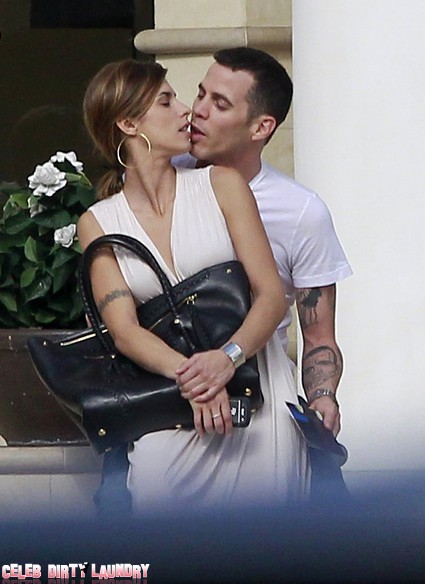 Can we talk about a match I certainly would never have predicted??  Steve-O, of the famed MTV Jackass movies, is said to be dating Elisabetta Canalis – who is pretty much known for dating George Clooney and doing Dancing with the Stars.

The two actually both competed on DWTS, and according to this picture, they seem to be really, really into each other.  They were snapped kissing in front of an apartment building in Los Angeles on Monday – and by kissing I sort of mean ‘sucking’.

A source has said that the 37-year-old prankster “makes Elisabetta laugh”, which was her favorite thing about Clooney.  Well if you’re looking for laughs, Steve-O is your man.  And you know what?  I like Steve-O – he’s attractive and funny, two great qualities in my book.  He’s no George, but that’s an unrealistic comparison – will anyone ever match up to Clooney?  I say go for it guys, you have my blessing.  Just easy on the PDA suck-face.