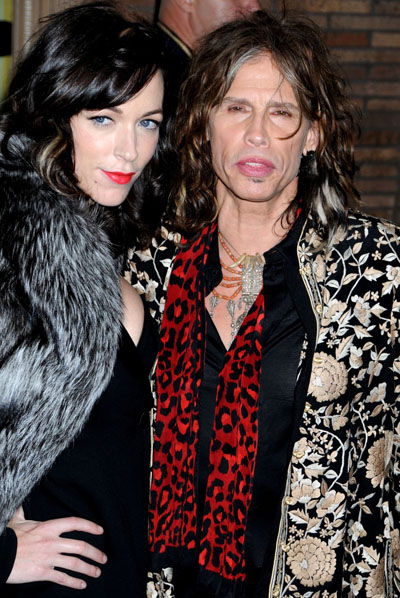 We’ve already heard Steven Tyler‘s confession that his new fiancée Erin Brady is kinky in bed, but it looks like the 38-year-old bride-to-be, who first met the American Idol judge when she worked as Aerosmith’s accountant, may have a dark side as well.

According to Intouch Weekly, Steven’s grownup daughters, Liv Tyler and Mia Tyler, are about to get the “stepmother from hell.”

Reportedly, Erin, who has been dating the rocker since 2006, is a “hard-partying hothead,” who didn’t make friends with anyone went she went on tour with Steven and his band.

“She had a reputation for getting drunk out of her mind and lashing out in violent outbursts,” said a source to the magazine.

“[Now that they’re engaged] she’s an even bigger monster than before,” added the insider. “Nobody wants to see him marry this woman.“

If these reports are true, it sounds like Steven’s relationship with Erin might just be a volatile one. We hope he is able to stay sober!