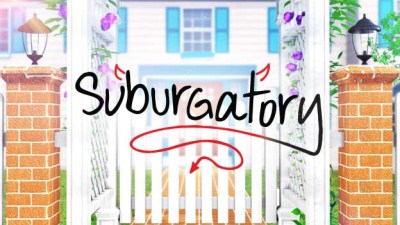 Tonight is the tenth episode of Suburgatory‘s season 1 and it is titled “Driving Miss Dalia”. Have you seen any episodes of Suburgatory? It’s about a single father George only wants the best for his 16-year-old daughter, Tessa. So when he finds a box of condoms on her nightstand, he moves them out of their apartment in New York City to a house in the suburbs. But all Tessa sees is the horror of over-manicured lawns and plastic Franken-moms. Being in the burbs can be hell, but it also may just bring Tessa and George closer than they’ve ever been.

Official Synopsis: Tonight, new driver Tessa is hired by Dalia to help her stalk her crush, but the plan might backfire when Tessa discovers a mutual attraction with her nemesis’ obsession. Meanwhile, George jumps through hoops to join the local country club.

Tonight’s episode opens with both Tessa and Dalia taking their driving tests. While Tessa passes the test and becomes a certified driver, Dalia fails in an absolutely hilarious way.

Later, Dalia finds it difficult, but asks Tessa for a favor: to drive her around town, so she can stalk her crush: Scott Strauss. Dalia’s not brave enough to approach Scott Strauss directly (yes, he is known as Scott Strauss), but when Tessa is forced to do so, she realizes that she may have more in common with Scott Strauss than she thought.

Sounds good, doesn’t it? To read more, our sister site, Fit Fab Celeb, will be covering the official recap tonight at 8:30pm, head on over to Fit Fab Celeb HERE for the full official RECAP.