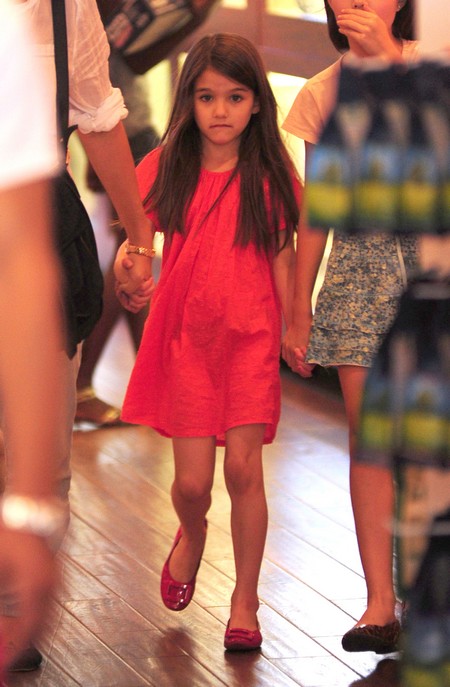 A lot of changes are happening in the life of Suri Cruise – not only have her famous parents, Katie Holmes and Tom Cruise, called quits on their 5-year marriage, but also Suri has just recently been enrolled in New York’s all-girls prestigious school Convent of the Sacred Heart. Doesn’t sound close to anything scientology related does it? Just what do you think daddy Tom thinks, considering that Lady Gaga herself once attended the Manhattan school?

Katie, 33, has kept quiet about the reasons behind the split with Tom, but sources are claiming that his role in scientology played a huge factor- especially when it came down to how Katie wanted to raise Suri, 6. Katie’s decision to enroll her daughter in the school comes quickly after the news of her divorce, not to mention the fact that it’s a Catholic school at that.

Past notable alumnae other than Ms. Gaga herself are Jordana Brewster, Nicky Hilton, Caroline Kennedy, and the late Gloria Vanderbilt.

For now, Suri and Katie are currently residing in a $12, 500-a-month apartment in the Chelsea area. That’s nothing compared to the school’s tuition I imagine. Until school starts, Suri is staying with mom as Katie was granted primary custody with Tom allowed visitation rights. In a previously released statement, both Tom and Katie have vowed that they “are committed to working together as parents to accomplishing what is in our daughter Suri’s best interests.”

Well there you have it. Suri is going to school!