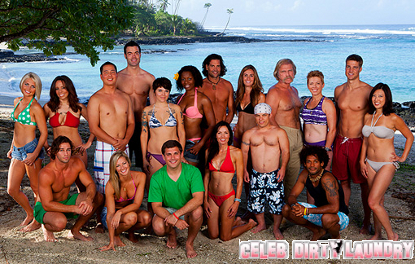 In February, Survivor is coming back for it’s 24th season! CBS recently announced the cast who will work to outwit and outsmart one another. And we’ve got the scoop for you here!

The new season, called “One World,” will introduce a new twist to the competition, the biggest change-up being that both teams will be living on one beach, allowing for alliances to be formed before any merging begins! If that isn’t enough to get y’all excited then I don’t know what is.

As of yet, we know that there will be two teams: Salani and Manono. Each team will be gender specific (i.e. either all male or all female). Wonder how this will “battle of the sexes” will influence the team dynamics, or the eagerness to branch off and form other alliances? We can’t wait to find out! Also, if a contestant finds an immunity idol, they won’t be able to use it on themselves . . . they’ll have to use it to save a contestant from another team (major bummer!).

Check out the cast of the new season in the video below. This season will introduce fans to a male model, a plastic surgeon, as well as the wife of a former NFL star. “Survivor: One World” will air on Februrary 15. Get pumped. Get excited. But most of all: Get prepared to start snuffin’ out some torches!