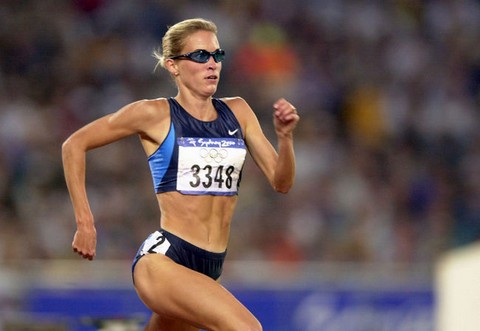 A failed career should be filled with nostalgic memories and stories of yesteryear. However, for Suzy Favor Hamilton, a 44-year-old, three time U.S. Olympian, her career didn’t fail, it merely moved into another direction. According to latest reports, Hamilton has been working as an upper class call girl at one of Las Vegas’ leading escort services. Hamilton, who is married to her high school sweetheart and who is the mother of a seven-year-old girl, initially denied the allegations, but ultimately, with enough snooping; it came to light that Hamilton had been earning up to $6000 working as a call girl. Her alias, Kelly Lundy, has been kept under wraps until now, but Hamilton trusted the wrong people and the whole bag of peas exploded.

“I take full responsibility for my mistakes. I’m not the victim and I’m not going that route. I’m owning up to what I did. I would not blame anybody except myself. Everybody in this world makes mistakes. I made a huge mistake. Huge,” Hamilton explained after the scandal came to light. However, Hamilton’s secret double life had been kept away from news reporters for obvious reasons. As a doting mother and loving wife, Hamilton ran a successful Madison, Wisconsin real estate brokerage, held sold-out motivational events, and also did promotional work for many Wisconsin-based businesses. Her husband was the only person who knew of her double life. “He tried, he tried to get me to stop. He wasn’t supportive of this at all,” Hamilton explained. Fortunately, the family is not under any financial duress. They’re living in a $600 000 home and are as natural and as “normal” as the rest of the families on their block.

Hamilton’s saga began in December of 2011, when Hayley Heston’s website – the name of the escort agency – featured Hamilton’s own words – or in this case Kelly Lundy’s own words, “I met Haley with the idea of fulfilling a fantasy and only doing it for the short term. Well, after my first date, I was hooked, and have been going my best to visit Las Vegas as often as my schedule allows (I run my own business in my real world life).” The profile featured real, factual details of Hamilton’s life, including the revelation that Lundy – the alias – was a “workout fanatic”. She continued in the profile description, “[D]iscretion is extremely important to me, hence you will only see blurred photos of my face on this site. I know this is not ideal, but I hope you understand that it is essential for me.”

There’s an inherent sense of sadness that envelops us when we learn more of Hamilton’s life. She isn’t your typical archetype of what you imagine a call girl should be like; instead, Hamilton is a successful business woman with the world at her feet. Her only vice was being more in love with money and sex than her own career. It’s not something to be ashamed of, but it is something that should be brought to light.