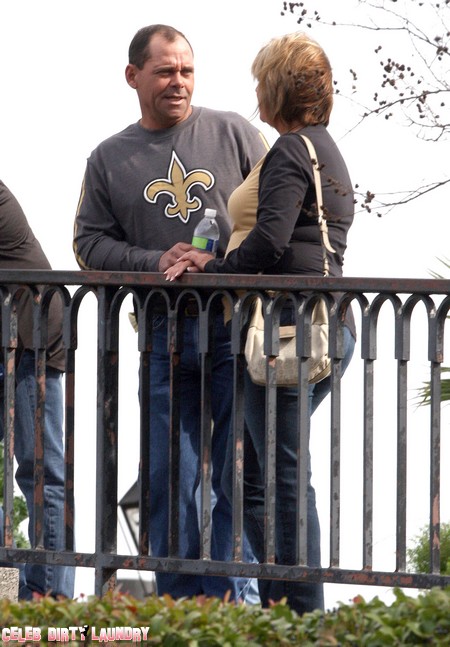 Swamp People’s Joe LaFont has been arrested for domestic violence this morning in Orange County, California. It seems that he and his girlfriend had some sort of altercation and he is currently being held on a $1,500 bond.

Joe and his step-son Tommy Chauvin were involved in a major care accident awhile back. It was a 5 car pileup on the Arkansas/Louisiana state line. The accident damaged a bunch of Swamp People merchandise. The Swamp People stars were left uninjured.

Joe and Tommy have been in many arguments on the show at one point his step son even tried his hand at hunting alligators on his own. He later returned to hunting the big monsters with Joe.  The two make a great team.  It’s unclear why trapper Joe was in California. On the show Joe always seems so mild mannered and doesn’t seem to have a bad temper.

So I’m curious what set this off. The two have become big stars around Louisiana where the show is filmed. Swamp People is on the History Channel and it centers around family’s baiting and killing alligators and sometimes snakes and shrimp. It shows how people live there life on the Louisiana swamp – on the bayou…

Joe LaFont is from the wet lands of Atchafalaya, Louisiana. He has been hunting alligators for 30 years. Swamp People first aired in 2010 and the documentary lets us see how the 30 day alligator season plays out – they all have tags the have to buy they all try to rush to fill the tags. When a alligator is killed a tag must be placed on them. Then they go to sell the alligators every part of the alligator is used. This has to be done in Louisiana to cut down on the population of alligators and also sometimes its done when the alligators are very big and a threat to people.