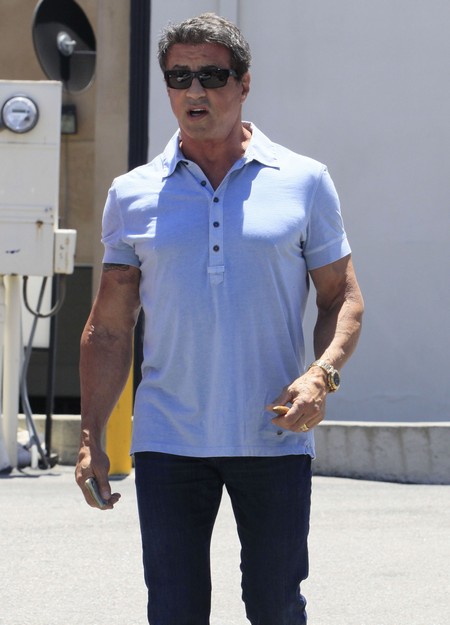 Sylvester Stallone is determined to find out exactly what led to the death of his son, Sage, last week. He isn’t completely trusting the police to handle things and has opted to hire famed P.I. Scott Ross to do some footwork of his own. On Tuesday Ross met with Sly, his brother Frank and an official from the L.A. County Coroner’s office to discuss the case.

Sly wants the details on exactly what happened and even though nothing at this point indicates that there was foul play, he isn’t ruling anything out just yet. Sly wants Ross to retrace Sages’ last few weeks to try and piece together whether or not he was abusing drugs or alcohol. He also wants to know if anything in particular was troubling Sage.

The case was pretty quickly transferred over to LAPD Robbery Homicide detectives, as they are the ones who handle high profile cases. At this point, Sly was told it would likely be about four weeks before a cause of death was determined so he decided to use the time wisely and bring Ross in to help out. Scott Ross, for his part, has handled numerous high-profile investigations including the Chris Brown/Rihanna beating and Michael Jackson’s Molestation case. He is also an old family friend of Sly’s so that makes his involvement pretty predictable.

Those close to the case figure that Sage’s death will be ruled either natural or accidental. There are no signs of foul play, but there were several pill bottles at his bedside and toxicology reports are pending.

Do you think anything shady happened to Sage Stallone? Do you think his death will be ruled accidental due to an overdose or will it be something else? Tell us your thoughts in the comments below!