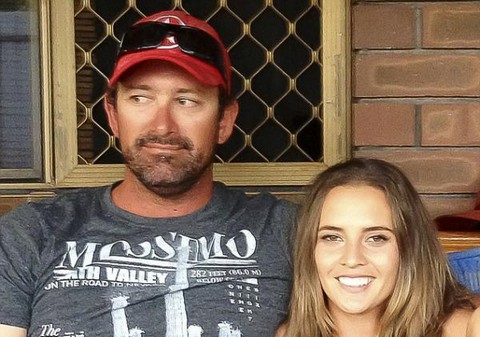 Tara Hawkes is a crocodile attack survivor and her struggle to survive along with the heroism that saved her is fantastic. A raging crocodile, slapping you around like a teddy bear while digging its teeth into your leg, is most probably one of the biggest fears anyone could dream of. However, for the beautiful Australian Tara Hawkes, this fear became a reality when she was attacked by a three-meter-long crocodile in Dugong Bay, Western Australia. The monstrous creature bit down on Hawkes’ left thigh and pulled her under the surface – a crocodile’s method of drowning its prey – when Tara’s friend, Al Sartori, grabbed a bystander and dived into the water to rescue Hawkes. Tara said about the ordeal, “I felt this impact on my leg and I was pulled under water. He was playing with me like I was a teddy bear. I was just screaming for help. I thought I was going to die. I could only see about four centimeters of the top my leg and the rest was in the croc’s gob.”

Hawkes, who is a hostess aboard a luxury cruise ship, was on her break when she decided to paddle in the freshwater pool where many a monstrosity lives. Hawkes’ friend, Sartori, first thought Hawkes was playing a prank on him – it was April Fool’s Day – and only realized how serious it was when he saw the water around Hawkes turn crimson red. Sartori most likely saved her life when he dug his thumbs into the croc’s eyes, as it then immediately loosened its grip to allow Hawkes to free her leg. The ordeal only continued when Hawkes was airlifted to a nearby hospital and surgeons had to battle for four hours to save her leg. “I looked at my leg, and it had been ripped to pieces. I thought I had a chance of losing my leg at that stage,” said the 23-year-old Australian.

The violet scars on Hawkes’ leg are a daily reminder of her ordeal. She had since her ordeal been treated for Post Traumatic Stress Disorder, and her saviors – Sartori and Mike Fletcher – were honoured for their heroism with the Royal Life Saving Society’s Western Power Bravery Awards.

As for Sartori, he won’t be heading into the crocodile infested waters to save someone anytime soon, “I wouldn’t ever want to do it again. I’m just glad I took the chance to try and save her.”