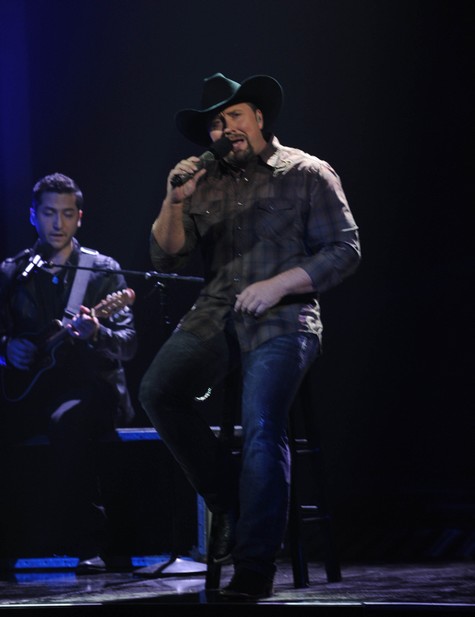 Tate Stevens took the stage tonight on THE X FACTOR USA for his Final 4  performance.  Tate Stevens sang “Fall ” by Clay Walker for his second song.  Tate and his mentor LA chose the song.  Tonight’s show the finale 4 performed live in front of coaches Simon Cowell, Britney Spears, Demi Lovato and AJ Reid for America’s vote and to make it another week.  Did you watch tonight’s performance show?  We did and we recapped it here for you.

Judges comments:  Britney thinks they have seen him hit and miss and she thinks it was a direct hit.  Demi thinks his wife must think she is the luckiest girl alive.  She thinks he deserves it and he is amazing.  Simon thinks it was a great song, but he thinks it is suppose to be a reality show and there is as much chance of Tate going back to his old job as there is of Simon going to the moon.  He is happy Tate entered the competition and thinks he will make it to the Finals.  LA thinks he has been great every time.

Tate dedicates the song to his wife who has always been there and always supported him.  If you want  Tate to make it to Finale you have to vote for him!  Vote for Tate Stevens at 1-855-THE-THE-XF-01