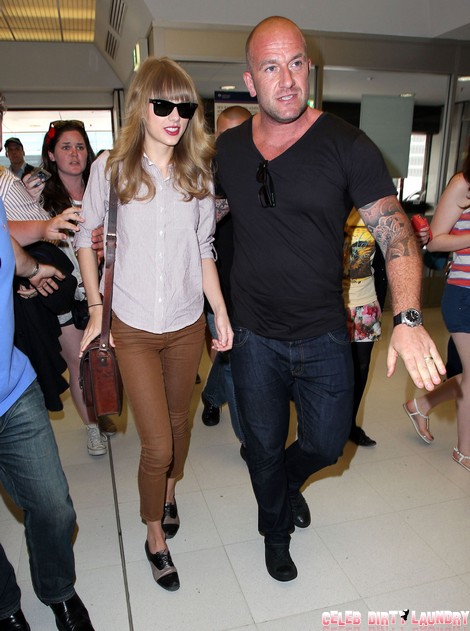 Harry Styles, the superstar One Direction member, is doing the biggest gig of his life at New York’s famed Madison Square Garden on Monday, the 3rd of December.  It’s the moment One Direction’s star will go supernova and they will be forever etched into the history books of music. Many music stars have revealed that once this musician’s Mecca is sold-out for your headlining show, you’ve made it. Normal people, like you and I, usually have our close friends and family at hand when we experience something as life changing as this. It’s a moment to be remembered for the rest of your life. Unfortunately, this was most probably not as special for Harry, since he is planning to have his girlfriend, the ghastly Taylor Swift, be his candle in the wind when he performs to 20,000 fans on Monday evening.

The man-eater and her Mick Jagger-lookalike heated up their relationship in the whirlwind microwave over the past few weeks. They’ve been spotted out and about, clinging to one another like bad sushi. Harry recently gushed, “Taylor honestly couldn’t be a sweeter person. She’s genuinely nice and extremely talented, and she deserves everything she has.” Surely Harry is aware that Swift’s swift success is based on the innumerable man-souls she ate for breakfast? How else could she be so talented? She’s not the Devil in – Oh. Yeah. Right.

Swift will join One Direction’s MAGs (mums and girlfriends) at the show on Monday, along with Zayn Malik’s girlfriend – Little Mix’s Perrie Edwards – and Louis Tomlinson’s girlfriend, Eleanor Calder. The family and girlfriends will also experience a special sneak-peek of the show tonight when their boys will be doing the official warm-up dress rehearsals. A source revealed, “It’s such a momentous time for the boys and they want their girlfriends by their sides. Seeing Zayn with Perrie and Louis with Eleanor made Harry realise there’s a person he wants to be there with him, too. Taylor.”

Regrettably, Harry didn’t realize that having Taylor there would be his final moment of freedom; the moment before he is carried away to La-La Land and Man-Eater County – the area where the Kardashians of the world reside in a sparkly palace made of Botox and fame whores.

At least when all is said and sung, and One Direction’s members are made demi-gods, Harry will leave behind a legacy in the wet ink of Taylor Swift’s lyrics, and in the cool, stalker-like bedrooms of Taylor Swift’s most off-kilter fans.

Don’t say we didn’t warn you.