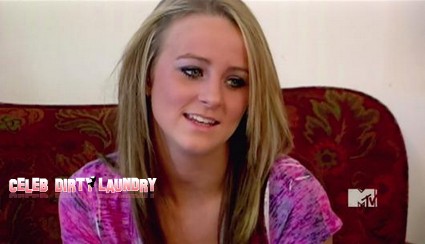 MTV’s Teen Mom 2 returns tonight for a whole new episode called ‘The Beginning of the End.’  The show airs at 10PM EST and we will be recapping the show live – as it airs.  You know you don’t want to miss the drama and tears!  On last week’s show  it was it was all about changes and standing up for yourself if you missed last week’s episode of the show you can read our recap here!

On tonight’s show Jo appeals to Kailyn’s request for child support; Jenelle clashes with both Kieffer and Tori; Chelsea struggles with her breakup; Leah isn’t happy when Corey wants to buy a truck instead of moving.

Before the season started we already knew that Leah and Corey’s marriage was over – so I guess it is happening hence the title of tonight’s episode, The Beginning of the End.  Leah is just frustrated that Corey always puts his needs before the family and she has had enough.

Meanwhile, Leah has since moved on with Jeremy Calvert and they had a new baby on the way.   However, tragedy  struck the young couple and Leah suffered a miscarriage.  Jeremy had this to say, It’s a devastating experience, but all I can do is support Leah and take things day by day.”