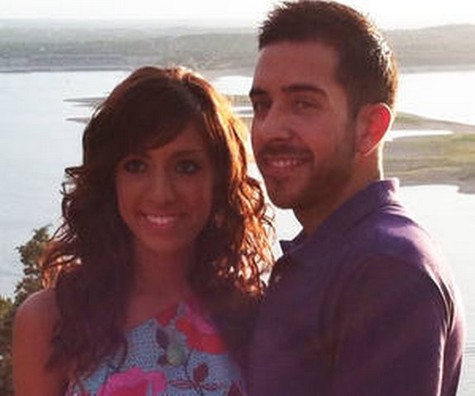 After watching last night’s Teen Mom and Farrah Abraham‘s trip to Austin, Texas with her then-boyfriend, Daniel Alvaraz, I am damn near speechless. I am in complete and utter shock. Farrah blew it in so many ways. This episode should have been called “How to Lose a Guy in One Weekend.”

The episode begins with two having lunch. Farrah tells him her pasta dish is full of cheese. He tells her to eat it, and she says, “I’ll vomit on you,” then tells him, “I’m just trying to get you prepared for having kids,” then tells him how her toddler, Sophia, vomits on her all the time.

Things go from bad to worse when Daniel takes Farrah to meet his Dad and his step-mother, Christina. There, Farrah expressed her shock that Christina does not have kids yet. “How old are you?” she asked, to which Christina replied she was 51. “Oh, well I don’t think it’s gonna happen then,” Farrah said. “You’re gonna be a lone bird!” Yes, she actually told her his step-mother that she’s too old to have kids and that she’s going to be a “lone bird.”

I had to rewind it to make sure I heard right. She said all this upon meeting them for the first time (not that saying it after knowing them longer would make it any better).

Then Farrah really seals the deal when the two go paddle-boating at the lake, when she tells Daniel that she wants to get engaged and wants more commitment. Keep in mind, they’ve been dating A MONTH AND A HALF, as Daniel points out. Instead of taking the obvious hint and backing off, Farrah says that after dating someone a couple months, she generally knows if she’s going to marry the person or not. When Daniel doesn’t respond, Farrah says, “If that’s not for you, then break up with me…”

Later that night, when Daniel takes Farrah out to meet his friends, it’s no surprise that he’s ignoring her and “acting weird.” So Farrah decides to leave and go back to the hotel by herself. Needless to say, Daniel didn’t call or return to the hotel that night.

Then the scene cuts to Daniel, who tells his friend he’s done with Farrah. “I can’t take it anymore,” he says.

Trust us, Daniel, we don’t blame you!