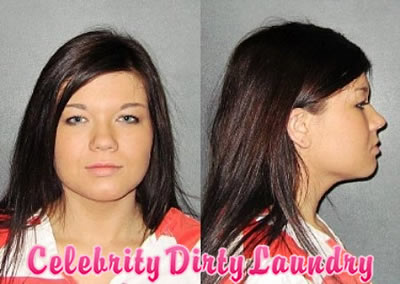 MTV’s breakout reality television series Teen Mom has finally come to an end, after four years of drama, babies, tears and some of the most memorable characters in television history. What transpired in the final episode will stay with fans of the exploitative show for years to come.  Here is the best Teen Mom Finale Recap you will read.

Amber Portwood was on a romantic date at an Italian restaurant with new guy Mike, where she opened up to him about her sordid past. She admitted that having had daughter Leah at such a young age did not ruin her life, but that it did change the course of her life completely. Mike didn’t hesitate to accept Amber and her baggage and ended up smooching her for a while. Leah’s third birthday party was haltered by her ex Gary Shirley, after they agreed that the birthday party would be postponed until the no-contact order was dismissed. In a jealous fit of rage, Gary went forward with the birthday party at his house and sent Amber photos to inform her of the change of plans. She phoned Gary to enquire about the change of plans, after which she learned that he was upset that she left him for her new boy toy. An altercation ensued and Amber screamed over the phone at Gary, “What does that have to do with my daughter’s birthday party? You better be prepared for a custody battle!” Gary, in all his abusive glory reminded Amber over the phone, “CPS is in my favour, sweetheart.” Amber reiterated, like a lion ready to pounce, “Don’t put your personal problems in front of your child! She’s not a tool, Gary. She’s a human being!” This was the first inkling of maturity we had seen in Amber for quite some time. He replied to her lambasting with, “I will never let her see you f****** ever again!”

Amber struggled to breathe as she lay on her side and sobbed. Many critics of the show referred to this moment as one of the hardest scenes to ever be filmed on the show, as viewers were able to see a tender and beautiful fragility to Amber, which has as of yet not been shown. The couple discussed the situation the next morning and Amber decided to sign over custody, but demanded visitation rights. The no-contact order was dropped and Amber and Leah happily decorated cupcakes in the final scene.

Farrah Abraham’s ending was slightly different and less dramatic than Amber’s. Sophia, Farrah’s daughter, went to stay with her grandparents in Iowa, while Farrah completed her bachelor’s degree. She exclaimed, “Is this what it feels like to be single and not a mom? I felt like I had no responsibilities!” Farrah’s semester came to a close and the troubled Teen Mom walked away with straight A’s! Sophia returned home to Florida and joined her mother in an exquisitely beautiful reunion. Farrah also lamented that she wouldn’t marry someone else, especially after the difficult death of her ex Derek Underwood, but if someone were to ask her, she would most probably say yes. Farrah and Sophia will forever face life’s challenges, even after the cameras stopped rolling.

Maci Bookout followed a slightly more nostalgic route, after Ryan Edwards gave their son Bentley a smattering of presents on his third birthday, Maci sat with Kyle King and looked through Bentley’s baby pictures. She said, “Nobody loved him like me. I went through nine months of being pregnant, 37 hours in the hospital, and pushing him out of my hoo-hoo.” Kyle responded to Maci’s nostalgic journey, “One day, maybe we can all get along.”

The melancholic lamentation switched over to Ryan meeting with his lawyers as he attempted to get 50/50 custody and planned to rid the home of Kyle. Maci only needed to produce Bentley’s birth certificate to have given Ryan an opportunity to proceed with the lawyers. Ryan asked Maci for the birth certificate, after which she responded that he should have gone to the hospital and picked up a copy. Dalis, Ryan’s girlfriend, finally stood up for Maci and told him that there’s no reason Maci shouldn’t stay with Kyle, as she and Ryan have plans to move in together. Maci’s parents finally persuaded her to hand over the birth certificate to Ryan and all was well in the land of drama, especially due to the reason that Ryan would still be in Maci’s life for the next thirteen years.

Catelynn Lowell’s final few moments were wrought with sub-text and emotional altercations. Her mother finally admits to moving on, due to her husband being stuck in jail over an abusive fight between the two. Catelynn’s mother said, “I think I should probably divorce him… My heart tells me other things though.” Tyler Baltierra told her, “Your heart lies though.” Tyler’s swearing resulted in MTV having had to censor much of the dialogue and when Catelynn babysat little brother Nick, the dog had an accident. This resulted in Tyler completely blowing up and dragging the poor animal outside. Catelynn found her little brother Nick huddled and terrified in a corner. After a small altercation, Tyler and Catelynn returned to therapy. The therapy session brought out many of Tyler’s demons, including his daddy issues. Catelynn informed the therapist that even though the adoption for Carly was mutual, she was afraid that Tyler would have left her at the hospital if she didn’t agree to the adoption. The two most disturbing characters from the show drove off into the sunset as the finale ended.

The show has come to an end, but not many viewers realize that these people will have to continue their lives outside of the comfort zone of MTV. It is an end to not just an era, but also an end to one of the most talked about shows in television history.

Let us know in the comments below if you were saddened by the ending and who was your favorite?