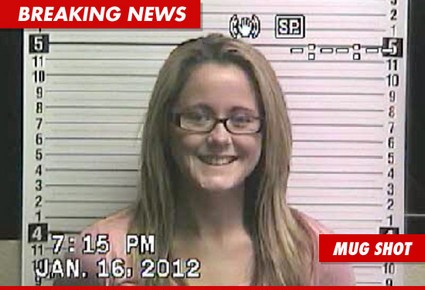 Jenelle Evans is on a losing streak as she has just been arrested for the second time in a week. Jenelle was arrested earlier this evening (Monday) for violating a domestic protective order.

While details surrounding the arrest have yet to emerge, Jenelle’s legal predicament is worsening as she was just arrested last week for allegedly making harassing phone calls and threatening her ex-roommate.

We mustn’t forget that the teen mom is still on probation for beating up a girl during a vicious street fight last year – a fight was caught on video and later leaked online.

Jenelle was also arrested recently for violating her probation after she failed a drug test.  Jenelle sets a wonderful example for the TV watching public.