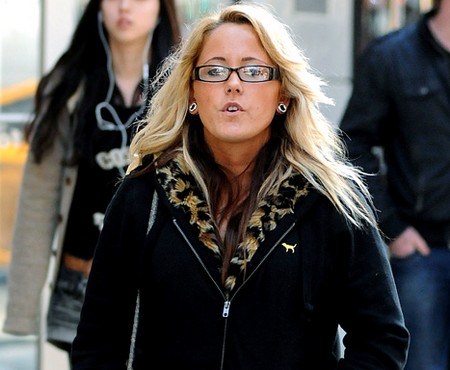 Teen Mom Jenelle Evans has let loose and blasted her cheating ex-boyfriend Gary Head on video! As we reported here on Celeb Dirty Laundry, the shocking reason for the couple’s split had to do with some very sneaky and unfaithful behavior on Mr. Hart’s part. Apparently this is still gnawing at Jenelle.

Jenelle once said about her Marine boyfriend: “he makes me happy. he takes care of me when im sick. he neverrrrr gets on my nerves. i kno this will last for a long time. im so happy we found each other.” Well Jenelle is singing another tune ever since their breakup on April 1st.

In case you missed it, Jenelle Evans dumped Gary Head after she found out he cheated on her with her best friend Victoria. Or so says her face book page when her friends saw she was single on April Fools and commented to her to see if it was a joke or not. Jenelle herself said. “no, he f**ked tori.. its DEF over.”

Jenelle today posted a video on her official you tube entitled “To Gary Head” in big letters to let her ex have it. It shows Jenelle in a car in the passenger seat lip synching a heavy beat metal song. Her friend who we don’t know the name of is driving and lip synching along with her.

Poor Jenelle, seems like she never has had luck with any guys. But the only true guy that will love her unconditionally and never leave her is her son Jace. Do you think that Jenelle and Gary will get back together? Let us know in the comments below.