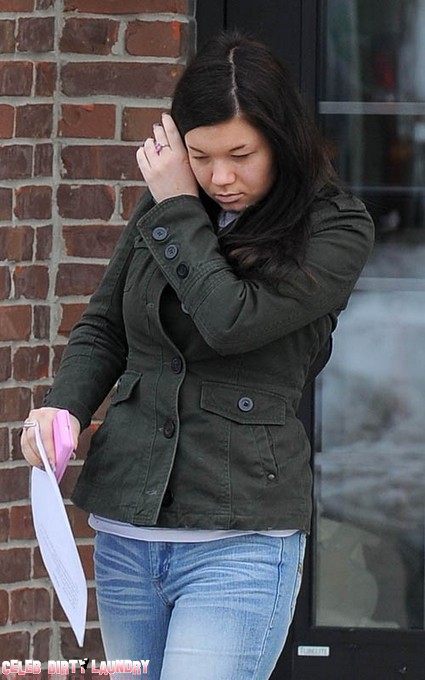 We can add another chapter to the sorry saga of Teen Mom’s Amber Portwood today. She’s about to be released from jail …with the must have accessory for the infamous who end up on the wrong side of the law – a Lindsay Lohan style electronic monitoring bracelet.

According to TMZ her planned trip to rehab is on hold. Apparently the Judge can’t send her to the treatment center she was supposed to go to because they don’t want her. They were spooked by her reputation. So she’s being allowed to go home with a monitoring bracelet while they work out what to do next. I’m just not sure where home is. As Celeb Dirty Laundry recently reported she was thrown out of her last place Why Amber Portwood Was Evicted From Home

Amber was locked up in December for drug possession. She’s been ordered by the Authorities to complete a drug treatment program. But the halfway house running the program she was planning to attend have turned around at the last minute and said they won’t take her. The operators reckon she’s a handful. That someone like her will be way too disruptive and negative for the other patients. So she’s banned from the facility. They must have seen a few episodes of her TV show!

That leaves Miss Portwood on home detention – with the bracelet – until another drug program can be found. But that could be a lengthy legal process. They need to find someone willing to take on the Teen Mom and help her get her life on track once and for all.