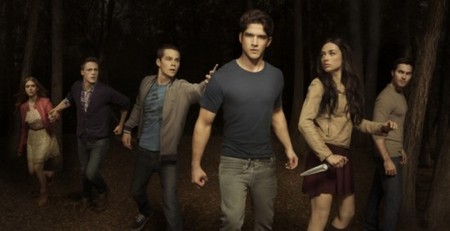 Finally tonight is the second season premiere of Teen Wolf, are you excited?  The show is based on the 1985 Michael J. Fox cult film of the same name. The series that follows Scott McCall, a high school student and social outcast who is bitten by a werewolf while looking for a dead girl in the woods. While Scott tries to maintain a normal life, keeping the fact that you are a werewolf, does present problems. Stand by as we live blog the episode with all the up-to-the-minute details.

Season one ended with Scott caught in a war between hunters and werewolves, but with the help of both his friends and a past enemy, he was able to stop the killings and win back the love of his life, Allison.

Tonight’s episode is titled “Omega” and here is the official synopsis: Tonight a new member of the Argent family arrives in Beacon Hills and Scott and Allison are forced to continue their blossoming romance in secret. At the same time, Derek Hale, obsessed with gaining strength as a new Alpha, begins recruiting for his pack, including newly-bitten Jackson. While Derek’s final goal includes bringing Scott into his fold, the Argents have begun molding Allison into a skilled werewolf hunter.

We will be live blogging the episode at 11:00pm with all the up-to-the-minute details so make sure to come back to this spot and watch the show with us. Make sure to refresh often so you get the most current info! While you wait for the episode you can catch a sneak peek of the preview below.

RECAP: Jackson gets bitten but he is rejecting the bite and doesn’t know what it means.(black blood, yuck!) Derek decides that he wants the newbie to be a part of his pack, but Jax doesn’t want anything to do with him.

Allison has no problem with Scott being a wolf but her father does not share her feelings so they still have to sneak around behind daddy’s back. Scott assures Allison that everything is going to be ok and he and her father are a work in progress.

We were all left wondering last season what was going to happen with Lydia? Her vanishing naked from the hospital, is she turning? There’s a hunting party after Lydia and Allison alerts Scott and Styles who loves her.

At Kate’s funeral, Allison gets to meet creepy grandpa Argent who likes to cut werewolves in half with swords.

Derek has had consequences in becoming alpha and they were dire because Gerard Argent does not follow the code. The lone wolf came looking for the Alpha and I can honestly say that what happens to him was so gross that I closed my eyes. Scott almost gets mixed up in the whole thing, but makes it out just in time.

Lydia does show up and she’s naked walking out of the woods.

What did you think about the new season premiere? Sound off your comments below.