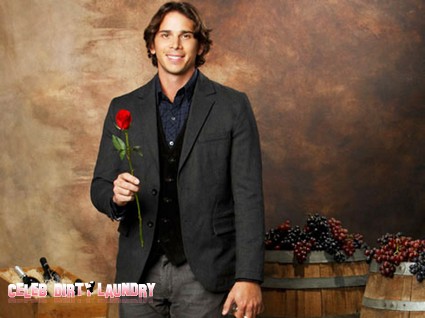 Okay, so it’s time for your weekly Bachelor wrap-up.  I hate to admit it, but this one was a nail-bitter.  Another poor innocent girl bites the dust.  And sadly, it comes after Ben meets the remaining girls families.  Just when I think it can’t get any juicier, Ben throws me for a loop..

Let’s start off with the beginning of the episode where Ben’s first homecoming date is with Lindzi.  Naturally, she greets him on horseback – shocking.  We finally get to see Lindzi open up and feel more comfortable.  Ben is clearly falling for her, but after tonight’s episode I don’t know if anyone will match up to Courtney’s shenanigans…

So Ben meets Lindzi’s fam after she greets him as ‘her boyfriend’.  Wow, big step girl.  And can we talk about how coincidental it was that Lindzi’s parents were married in the same San Francisco city hall that Ben and Lindzi shared their first date?    Seems a little too coincidental, but nonetheless pretty cute.  Lindzi’s dad challenges the couple to a horse race where the folks win.  Bottom line – date went great, Ben wins over her parents and gets the thumbs up.  Oh ya – it looks like the set of Dynasty where Lindzi’s family live.  Booya.

Hometown date numero deux is with cutie-patootie Kacie B.  Poor, poor Kacie B.  Her father, first of all, is some sort of parole officer (I can’t remember but from the intimidation exuding off him, he might as well be), and secondly – does not drink.  Now this isn’t a bad thing, but keep in mind Ben is a winemaker.  Crap.  Both her parents confront Ben as to what his intentions are.  Keep in mind Kacie is 24-years-old so I sort of don’t blame them with their concerns.  Kacie’s mom says that she doesn’t think they should live together before marrying.  Oh yes, they also live in a bible belt so their values are a little different from Ben’s.  Ok, not doing too great.  Kacie’s dad suggests to Ben that if she’s ‘not the one’ that he should communicate that to her very soon.  Fair enough. Her dad also says he would not give his consent to marriage.  Uh-oh. All in all, Ben didn’t seem to win over the folks and the first glimmer of trouble in paradise between the couple is clearly evident.

Date three is with Nicki in her hometown of Fort Worth, Texas.  They lovingly greet each other then go on to buy cowboy boots and cowboy hats.  Nicki also reflects, “choosing the right cowboy boot is like choosing the right partner”.  Oh dear lord, I hope this isn’t the case.  Nicki warns Ben that her parents might be cautious due to her previous failed marriage.  None of this matters – turns out I LOVE Nicki’s dad – he’s the sweetest, cutest man ever and he shed some heart-warming tears.  Big time bonus points.  Nicki was never a front-runner, but because of pops, she’s maybe my new number one.  All in all – great date. Love the family, and of course it ends with Ben sloppily making out with Nicki after she declares her love.  Adorable.

And of course ABC saves the best for last.  Courtney.  Evil, evil Courtney.  We finally meet her parents in Arizona – but before the big meeting Courtney rants to the camera about how bad she feels for treating the other girls so poorly.  You think Courtney?  It’s obvious you’re just realizing that now because you’re close to the finish line and trying to cover your butt for your bitchiness.  Come on girl, you can’t fool us now.  If it walks like a duck and quacks like a duck…

Needless to say, Courtney’s parents weren’t as bad as I anticipated.  They’re surprisingly half decent – and it’s Courtney’s mother who seems to be the one who see’s through her.  She’s not disillusioned by her daughter’s sudden ‘lust’ for Ben. Courtney tells her family she’s falling for him (she also shocking opts for white wine over red), and then takes Ben on a picnic.  Cut to – the wedding scene.  She coyly creates a fake wedding ceremony where they both have to write their vows. Of course she cheats and has already come up with hers – so impromptu evil Courtney.  He opens up, she cries (sort of  – I guess for her those were somewhat of a resemblance to tears) and then tells him she loves him.  Fake wedding, fake tears, fake everything.  Ben falls for it all.

I’m exhausted right now, so let’s make the rose ceremony short a sweet.  It’s poor Kacie B who unleashes the tears in the limo and get’s the boot– with no explanation from Ben other then “I’m sorry”.  Was I surprised?  Yes and no.  She’s young, but she was a good gal.  Did the hometown date possibly ruin things?  Maybe, but if that’s the case than he’s not worth it anyways.  My favorite part – Kacie dropping the F-bomb in the limo.  Finally some aggression.

Stay tuned for next week, as always it looks to be a good one.